The Senate Judiciary Committee on Monday approved the nomination of Judge Merrick Garland for attorney general, paving the way for the full Senate to vote to confirm President Biden’s pick to lead the Justice Department in the coming days.

The committee advanced Garland’s nomination with a bipartisan vote of 15 to 7. All seven senators who opposed Garland are Republicans: Marsha Blackburn of Tennessee, Tom Cotton of Arkansas, Ted Cruz of Texas, Josh Hawley of Missouri, John Kennedy of Louisiana, Mike Lee of Utah and Ben Sasse of Nebraska.

Mr. Biden announced Garland, a judge on the U.S. Court of Appeals for the District of Columbia Circuit, as his nominee to helm the Justice Department last month, and he appeared before the Judiciary Committee for his confirmation hearing last week. He is expected to be confirmed by the Senate with broad bipartisan support. 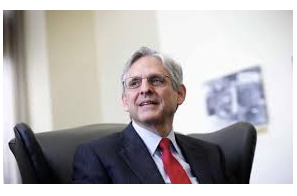