In his ruling, First Judicial District Court Judge Bryan Biedscheid repeatedly wrote that rule amendments promulgated by the Medical Cannabis Program last year lacked “substantial evidence” to support claims made by the program and the New Mexico Department of Health, which oversees the program.

Biedscheid also wrote that the rule changes are invalid because the department and the program failed to consult with the state’s Medical Cannabis Advisory Board before making the changes.

The suit was originally filed by a group of medical cannabis companies and one patient who is qualified to grow his own medical cannabis. The group did not initially seek to overturn the entire list of rule changes, but Biedscheid overturned the rule changes in their entirety.

“The Court hopes that its additional findings and conclusions provide some guidance to the Department on remand and avoid additional remands due to lack of substantial evidence,” Biedscheid wrote.

Some of the changes the group of petitioners sought to overturn included increased plant testing standards for things like heavy metals and pesticides as well as a requirement for cannabis producers to amend their license when physical changes are made to their facilities.

The group of petitioners claimed some of the rules were “arbitrary and capricious” and that increased testing standards, without sound science to back them up, would ultimately increase prices and negatively impact cannabis patients.

While Biedscheid ruled that the department did not follow the proper procedure, he did not comment on the merits or deficiencies of the rule changes.

Prior to the rule changes last year, the Medical Cannabis Program and DOH already had testing standards in place, so Thursday’s ruling does not eliminate testing and labeling requirements completely.

But, last year’s changes also included an allowance for a temporary supplemental plant increase for producers, under certain circumstances as well as rules for consumption areas. In 2019, the New Mexico Legislature passed a bill that allows for medical cannabis consumption areas, but left much of the specifics to department rules. So far, no medical cannabis producer in the state has opened a consumption area. Those rules were promulgated along with the increased testing standards and labeling requirements.

It is unclear whether the department will appeal the court’s ruling or start the rulemaking process over again.

A DOH spokesman said the department is “aware of the ruling” and is “evaluating options.”

The ruling came during the second week of the state’s legislative session, a busy time for state officials and at a time when many lawmakers are hoping to see recreational-use cannabis legalized. Legislators still have not introduced a recreational-use cannabis legalization bill, but at least one previous attempt proposed removing the Medical Cannabis Program from the department. 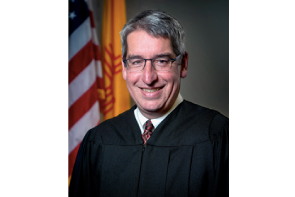