Jurist – Article: How the DEA is Interfering with Religious Use of Psychedelics

JURIST (http://jurist.org) is a  legal news and commentary service powered by a collaborative virtual team of over 50 law student reporters, editors, commentators, designers and developers from 12 law schools in the US, the UK and India. The team is led by two professional staffers under the direction of Professor Bernard Hibbitts at the University of Pittsburgh School of Law in Pittsburgh, Pennsylvania, USA.JURIST is produced as a public service for the education, training and benefit of its readers and law student staffers, and uses the latest Internet technology to track important legal developments and explain them rapidly and clearly in a widely-accessible format.

Griffen Thorne, an attorney at Harris Bricken in Los Angeles, California discusses the DEA’s Interference with religious use of psychedelics…

In the 1970s, the federal government passed the Controlled Substance Act (“CSA”), outlawing a plethora of psychedelic substances. Many of these now illegal psychedelic plants have been used for sacramental purposes for eons. Over the following decades, a number of regulatory, statutory, and judicial exemptions were carved out of the CSA for religious use of psychedelics, culminating with the United States Drug Enforcement Administration’s (“DEA”) publication of the interim guidance (the “Interim Guidance”) in 2009 that effectively created a licensing process for such religious exemptions.

The Interim Guidance was published in the wake of Gonzales v. O Centro Espirita Beneficente Uniao do Vegetal, 546 U.S. 418 (2006), a United States Supreme Court case that analyzed a religious group’s use of a psychedelic plant under the Religious Freedom Restoration Act of 1993 (“RFRA”). Gonzales holds that pursuant to RFRA, the government must show a “compelling interest” for prohibiting the importation and use of psychedelic substances for sincere religious purposes. In Gonzales, the government failed to meet its burden. Gonzales therefore opened the doors for religious groups to claim religious exemptions to the CSA.

It is apparent from the text of the Interim Guidance that it constitutes a “rule”, which the Administrative Procedure Act (“APA”) defines as “the whole or a part of an agency statement of general or particular applicability and future effect designed to implement, interpret, or prescribe law or policy . . . .” Nevertheless, the DEA did not undertake public comments or formal rulemaking processes as required by the APA. In other words, the DEA—without going through the federally mandated rulemaking process—forces parties seeking legitimate religious exemptions to jump through many expensive legal hoops and seek what are effective permits that put them at risk of criminal legal action, have no timeline for review and have no standard of review.

To that end, in May 2020, the Arizona Yagé Assembly (“AYA”) and North American Association of Visionary Churches (“NAAVC”) sued the U.S. government. Their massive complaint raises a host of legal, administrative, and constitutional challenges to Interim Guidance, some of which were discussed above. AYA and NAAVC also alleged, among other things, that the DEA implemented an unwritten rule to deny requested religious exemptions and only approved a handful of court-ordered or statutory exemptions (a history of federal exemptions for psychedelics can be found here).

On September 21, 2020, the court presiding over the AYA/NAAVC litigation denied a series of injunction motions filed by the plaintiff, largely on the venue or other procedural grounds. This ruling does not foreclose the chances that AYA/NAAVC can attempt to cure the venue or other issues and deficiencies in their motions, or bring them to a different district. But unless the case proceeds onwards, the Interim Guidance stands.

In the AYA/NAAVC litigation, the DEA proffered declaration testimony claiming that formal rules were being drafted to carry out the religious exemption process, but no tangible timeline was offered for when those rules would be completed or subject to public comment. Without formal regulations, there are only two viable options for people or groups intending to use psychedelics for religious purposes without running afoul of federal law.

The first option is to challenge Interim Guidance in court, though the AYA/NAAVC case makes clear that such a challenge will not be easy and may ultimately be mooted if the DEA ever makes good on its promise to issue regulations. Indeed, that is exactly the argument that the federal government made in the face of AYA/NAAVC’s litigation.

The second option is to comply with the Interim Guidance and submit exemption requests. Notwithstanding the fact that the government has engaged in apparently unlawful practices and that the Interim Guidance is of suspect legal effect, persons who ignore the Interim Guidance are subject to arrest, forfeiture, and other criminal penalties that are severe given the fact that psychedelics are Schedule I narcotics under the CSA and are presently unlawful under every state’s law. Nevertheless, if AYA, NAAVC, and many commentators’ allegations are correct, the DEA has been discriminatory in issuing exemptions so doing so may be fruitless.

Relatedly, localities and, inevitably, states will continue to decriminalize and possibly legalize psychedelics. Interim guidance and any regulations will still apply in those jurisdictions, and people who do not comply with them could be arrested by federal authorities. Nevertheless, the DEA has no right to force states to adopt federal positions or assist in the enforcement of federal laws, as has been made clear in the state-legal cannabis industry. But without state legalization and the federal government indicating it will not enforce the CSA against state-legal psychedelic use, decriminalization, and even state legalization, efforts will provide a very limited shield against federal enforcement.

If the DEA attempts to promulgate regulations outlining the process for seeking religious exemptions, they will undoubtedly be subject to a barrage of public comments. To the extent that final regulations require petitioners to provide evidence of their religious beliefs or sincerity thereof for evaluation by the DEA, there will almost certainly be litigation and challenges under the RFRA in light of Gonzales holding and any effort to impede on religion will be scrutinized by federal courts.

If the agency wants to smoothly implement regulations, it should not require evidence of religious belief or sincerity thereof, but should at most require applicants to certify that they hold a religious or spiritual belief that involves the consumption of psychedelics. Rather than analyzing religious beliefs, the DEA should place its effort in ensuring that those petitioners to whom it grants exemptions comply with required practices concerning the importation, manufacture, transportation, and storage of those controlled substances, and that they implement processes that prevent such controlled substances from the diversion. These goals can be achieved without deposing petitioners on their religious beliefs or practices.

Griffen Thorne is an attorney at Harris Bricken in Los Angeles, California. He represents companies in the cannabis industry and also works in the data security industry.

Griffen Thorne, How the DEA is Interfering with Religious Use of Psychedelics, JURIST – Professional Commentary, October 12, 2020, 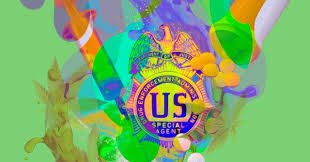