BOCA RATON, Fla., July 20, 2021 – Jushi Holdings Inc. (“Jushi” or the “Company”) (CSE: JUSH) (OTCMKTS: JUSHF), a vertically integrated, multi-state cannabis operator announced the expiration of the waiting period under the Hart-Scott-Rodino Antitrust Improvements Act of 1976 (“the HSR Act”) in respect to its proposed acquisition of Nature’s Remedy of Massachusetts, Inc. and certain of its affiliates (collectively, “Nature’s Remedy”), a vertically integrated single state operator in Massachusetts. The waiting period expired without a second request for information. The transaction is expected to close in late Q3 or early Q4 of 2021, subject to certain closing conditions, including final approval from the Commonwealth of Massachusetts Cannabis Control Commission.

As announced in April 2021, Jushi plans to acquire Nature’s Remedy, one of 146 retail operating licenses, one of the 50 operating cultivation licenses, and one of 46 processing licenses in the Commonwealth of Massachusetts. Nature’s Remedy has two operating adult-use dispensaries, strategically located near popular shopping centers and heavily trafficked highway locations in Millbury and Tyngsborough, as well as a 50,000 sq. ft. cultivation and production facility in Lakeville, MA with approximately 19,500 sq. ft. of high-quality indoor flower canopy and state-of-the-art extraction and manufacturing capabilities.

Total up front consideration of  US$100 million is comprised of US$40.0 million in cash, US$55.0 million in subordinate voting shares of the Company (the “Company Shares”)1 and a US$5.0 million unsecured promissory note.2 The Company has also agreed to issue up to an additional US$10.0 million in Company Shares upon the occurrence or non-occurrence of certain conditions after the closing date (the “Additional Consideration”), bringing the total potential consideration for the Acquisition paid by the Company to US$110 million. The purchase price (inclusive of the full US$10.0 million of Additional Consideration) is expected to represent a multiple of approximately 4.5 to 5.0x Nature’s Remedy’s full year 2021 EBITDA3 and approximately 2.9 to 3.2x Nature’s Remedy’s full year 2022 EBITDA.3

In November 2016, Massachusetts voters passed Question 4, officially legalizing recreational cannabis for individuals 21 years of age or older. In November 2018 recreational cannabis operation sales commenced. As of May 2020, approximately two thirds of municipalities in the state have a ban or a moratorium in place that prohibits cannabis businesses according to Canaccord Genuity Equity Growth Research. Arcview: The State of Legal Cannabis Markets 8E projects the market to reach US$1.1 billion in annual revenue by 2022. Massachusetts is the 15th most populous state in the U.S. with 7 million residents.

2 The promissory note provides for cash interest payments to be made quarterly, a five-year maturity and all principal and accrued and unpaid interest due at maturity.

3 See “Reconciliation of Non-IFRS Financial Measures” at the end of this press release for more information regarding the Company’s use of non-IFRS financial measures. 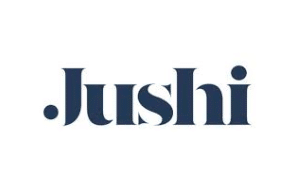