I commend the U.S. Senators Cory Booker, D-NJ, Ron Wyden, D-OR and Chuck Schumer, D-NY, and their colleagues and staff for taking action to address these important issues and our country’s failed “War on Drugs.”

Our current federal laws cause hard-working Americans harm every day. They are responsible for tearing families apart and preventing otherwise law-abiding citizens from maintaining steady employment and housing. The enforcement of these laws has proven to disproportionately target people of color. They have also never reached their stated goals — nor are they based on facts or science — but rather misconceptions — and it’s time we as a nation comprehensively address these issues.

Giving states the authority to fairly tax, regulate and enforce cannabis while setting clear standards is not only smart public health policy — it also makes sense both socially and economically for our nation. Federally decriminalizing cannabis would overturn draconian civil and criminal penalties and the threat of asset forfeiture for all Americans.

We fully support redressing past harms, creating opportunity for the future and the expungement of federal non-violent cannabis convictions, resentencing, sentencing review hearings, encouraging states and localities to do the same and making loans more readily available to small businesses. This will help to uplift the communities hardest hit while promoting innovation and job growth for all.

By opening up new possibilities for research and development of cannabis and its compounds, we will greatly increase the potential to positively impact millions of suffering patients and finally provide America with a chance to secure a strong science and R&D leadership position.

Lastly, we were also extremely encouraged by the proposed amendments to our federal taxation laws, which would allow emerging cannabis businesses to take advantage of the same tax deductions that every other similarly situated businesses in the U.S. have access to. These changes would be a game-changer for our emerging industry, which has created hundreds of thousands of livable wage jobs for Americans and opened up a plethora of new opportunities that were previously unavailable. 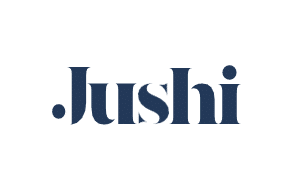