Here’s an opinion piece in the Witchita Eagle. Let’s hope that Kansas politicians and law enforcement learn from what happened

I found out this weekend that Greg Bretz died last week.

Here’s hoping that his story will inspire the Kansas Legislature to put compassion for terminally ill people over outdated war-on-drugs politics.

I didn’t know Mr. Bretz as well as I wish I did.

I only encountered him in the last month of his life, after he was cited by Hays police the week before Christmas on criminal charges of using marijuana extracts, while he was flat on his back in a hospital room dying of inoperable cancer.

Police, called in by hospital staff, confiscated his vaping device and some THC-containing paste that he ate on bread to alleviate his symptoms. This, after a doctor told him to do whatever he wanted if it made him feel better, because there was nothing more that medical science could do for him.

I spoke with Hays Police Chief Don Scheibler several days after my story ran and he said the officer who wrote the citation was uncomfortable about it, and the same day sent an e-mail to the prosecutor’s office asking that the charges be dismissed.

Apparently, the prosecutor agreed at some point.

But nobody told Mr. Bretz.

He was cited on the Monday before Christmas. He wasn’t informed the charges would be dropped until Tuesday a week later, three days after my story ran and brought some unwelcome national attention to Hays, its hospital and its police department. In the meantime, a friend helping with his care told me he had tried to contact the prosecutor about it but couldn’t get a callback.

So while Hays ultimately undid the mistake, Mr. Bretz spent his final Christmas believing that he was still under criminal charges.

One thing that Scheibler told me does resonate. The young officer told the chief he felt he had no choice but to issue a criminal citation under the circumstances, and followed the rules when he saw a law being broken.

In this case, it’s the law that’s broken. 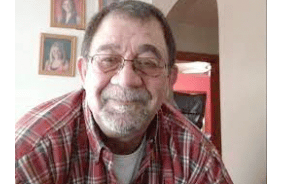