In what will certainly be one of her final executive actions as Governor of Oregon, Kate Brown has pardoned state-level convictions for possession of one (1) ounce or less of marijuana. The pardons will apply when the only charge in the case involved simple possession of less than an ounce of marijuana for those who were 21 years or older at the time of conviction. The pardon will impact 47,144 convictions and relieves those convicted of qualifying marijuana crimes of requirement to pay court fees and fines approximating $14 million dollars.

While the pardon will not release anyone from prison doing time for marijuana crimes, the pardon will have a positive impact on those whose marijuana convictions will no longer show up on background checks of public court records. For these individuals this pardon will remove a conviction which could negatively impact access to employment, housing, education, and social services. The removal of these convictions could also create opportunity for these individuals to participate in the marijuana industry lawfully as a licensee, where their prior conviction may have previously been held against them.

While this is certainly not an indelibly brave or maximally impactful action, it is a common-sense exercise of executive power to bypass the legislative process to set people free from the burden of a criminal conviction when the action underlying the crime has since been made legal. Detractors on one end will argue that the state budget is negatively impacted by forgiving nearly $14 million in potential revenue, while cannabis activists will argue that it doesn’t go far enough. Anyone concerned about the hit to the state budget must also take into consideration the taxpayer resources committed to prosecuting low-level marijuana offenses decade over decade. Ultimately this is a sensible step that righted a social a wrong. Nobody should continue to be punished for a past action when that same action taken today would not be subject to criminal penalty.

AS A CANNABIS ATTORNEY, KAMRAN BUILDS COMPLIANCE SOLUTIONS FOR COMPANIES OF ALL SIZES IN THE EMERGING FEDERALLY LEGAL HEMP MARKET, AND STATE LEVEL RECREATIONAL MARIJUANA MARKETS.

In his legal practice, Kamran’s focus is the representation of closely-held entities and emerging growth companies through the whole business life cycle, including entity selection, formation, protecting intellectual property rights, acquisitions and, if appropriate, the transfer or sale of the business. Kamran’s deep knowledge and wide skill set, make him a trusted counselor for many of the “rising stars” in cannabis.

On the transactional side, Kamran drafts agreements for cultivation and processing  and works with a number of large-scale businesses. Kamran also contributes to cannabis activism and the body of literature by speaking on panels, and writing for a number of publications, including Cultiva’s legal blog. 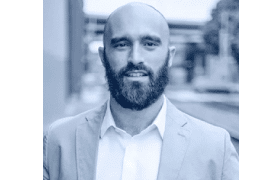