April, specifically 4/20, is the month for celebrating cannabis. But people in San Diego’s pot industry also had a lot to cheer about in November, when voters ushered in a Democratic majority on the county Board of Supervisors for the first time in more than a generation.

And they partied again in January when the new majority reversed a ban on cannabis businesses in the county’s unincorporated areas. The vote came after years of work by cannabis advocates to both get this law changed and become players in local politics.

Industry insiders have established political action committees, including the Association of Cannabis Professionals and CA Coastal Pacific, that in San Diego have donated mostly to Democrats. They hope the candidates they support will focus on increasing the number of dispensary permits and approval for cannabis lounges countywide and in individual cities.

All told, the industry has contributed $315,000 to local candidates and Democratic Party since 2018. Here’s a breakdown:

Cannabis cash also went to the state Assembly campaigns of Lorena Gonzalez and Shirley Weber; Todd Gloria’s Assembly and mayoral campaigns; and Dave Myers’ unsuccessful campaign for San Diego County Sheriff. The only Republican to get cannabis money was Oceanside City Councilmember Jerry Kern when he ran for County Supervisor against Jim Desmond. 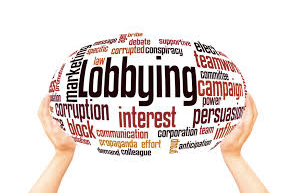