Good to see the LA Times highlight who has gone where and what they are up to.

They introduce their piece by writing.

As California’s attorney general from 1999 to 2007, Bill Lockyer was on the inside as the state wrestled with a developing marijuana industry. But these days he’s watching the transformation from the outside, as co-founder of a licensed pot distributor in Lynwood.

Lockyer, whose four-decade public career included a stint as the powerful leader of the state Senate, is among a growing number of former government leaders, bureaucrats and regulators who have joined or established financial ties with the multibillion-dollar marijuana industry in the last few years.

More than two dozen government officials in California have made the leap. Most, like Lockyer, jumped in after voters in 2016 approved Proposition 64, which legalized growing, distributing and selling cannabis for recreational use.

Lockyer said he was drawn by his fascination with seeing a new industry spring up. 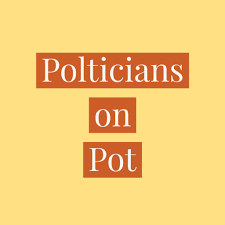