CBD scammers are at it again. Guitar.com reports

Wolfgang Van Halen, son of Eddie Van Halen, has shut down a false article that claims his late father left instructions in his will to “give out … CBD oil to all his fans.”

Wolf took to Twitter to make the clarification, as he had “gotten enough messages” about the rumour. Posting alongside screenshots of what appears to be an article in People magazine, he wrote: “his CBD oil thing going around is a scam. Another batch of soulless fuckers taking advantage of this horrible situation just to make a quick buck. Fucking assholes.” 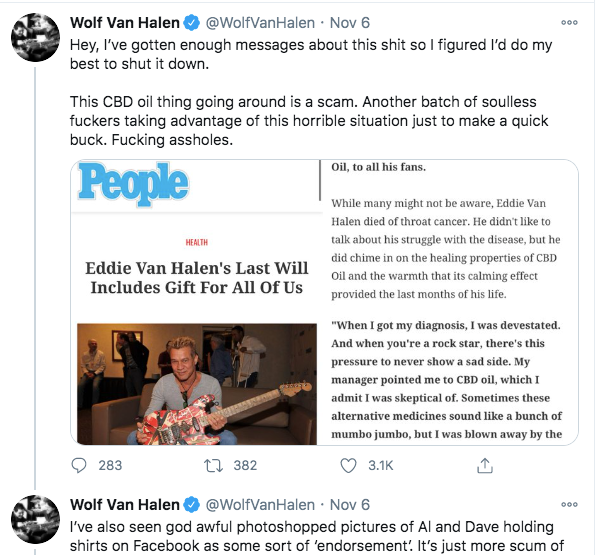 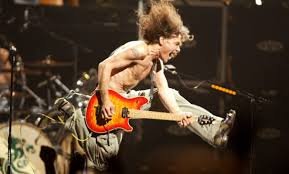