The federal government is preparing to legalize marijuana, causing many to ask: what will a regulated cannabis industry in Canada look like?

The Task Force on Cannabis Legalization and Regulation has released its much-anticipated report to help guide the federal government on the best approach to regulating legal access to cannabis. The comprehensive report casts a wide net to address issues from public health and safety to advertising, and supply chain regulation. To inform its recommendations, the Task Force sought input from provincial, territorial and municipal governments, representatives from Indigenous governments and organizations as well as experts in relevant fields. Canadians had the opportunity to share their views through an online public consultation this past summer.

United States: New York Is Lighting A Fire Under Its Budding Cannabis Industry

As we enter a new year, and approach the one year anniversary of New York’s Medical Marijuana Program,  we are given an opportunity to look back and reflect on the performance of the program, and what lies ahead.

In some ways, the program has been vastly successful.  As of January 3, 2016, 807 practitioners have registered for the Medical Marijuana Program, and 12,067 patients have been certified by their practitioners.
http://www.mondaq.com/unitedstates/x/560592/food+drugs+law/New+York+is+Lighting+A+Fire+Under+its+Budding+Cannabis+Industry

The Federal Government has indicated that it intends to table recreational marijuana legislation by the spring of 2017. As we all know, politicians never break promises or deadlines. Even if the legislation is tabled in the spring it is widely anticipated that the changes will not be implemented overnight, with some predicting that the Canadian recreational marijuana market may not be fully open and legal until as late as 2019.

The recent release of the Task Force on Cannabis Legalization and Regulation’s report has created significant buzz about many aspects of what Canada’s new legislation regarding recreational marijuana may look like. The Task Force has made recommendations regarding, among other things, production, distribution, and limitations as to where cannabis may be sold. What they have not done is address how the government ought to handle previous convictions of…
http://www.mondaq.com/canada/x/558650/food+drugs+law/Matt+Maurer+and+Whitney+Abrams+publish+Why+ShortSightedness+May+Cost+Marijuana+Dispensaries+a+Fortune+on+Slaw

Canadian Senate to Discuss Cannabis Legalization on January 31 Matt Maurer published his article on the upcoming Senate discussion on the legalization of marijuana and the state of its legalization in Canada.


On December 13, 2016, the Task Force on Cannabis Legalization and Regulation (the “Task Force”) published its long awaited and much anticipated report, A Framework for the Legalization and Regulation of Cannabis in Canada (the “Report”), containing 80 recommendations for the Federal Government to consider as it prepares to draft legislation giving effect to legalizing and regulating the recreational use of cannabis in Canada, which the Federal Government has undertaken to table in Parliament in the spring of 2017.

Following Justin Trudeau’s election campaign promise to legalize the recreational use of cannabis in Canada, the Minister of Justice and Attorney General of Canada, the federal Minister of Public Safety and Emergency Preparedness, and the federal Minister of Health announced the formation of the Task Force on June 30, 2016, with the mandate of taking a public health approach to providing recommendations on the design of a new legislative and re…

The Florida Board of Medicine will hold a public hearing on February 3, 2017 to discuss its proposed amendment to Florida’s
http://www.mondaq.com/unitedstates/x/559506/Healthcare/Florida+Board+of+Medicine+Hearing+on+Telemedicine+and+Medical+Marijuana

The Access to Cannabis for Medical Purposes Regulations (ACMPR) provide Canada’s framework for individuals to purchase or produce small amounts of cannabis for their personal medical use. Under the ACMPR, a health care provider gives a patient a medical document. Based on the medical document, the individual can purchase cannabis from a federally licensed producer (LP). The ACMPR allow individuals registered with an LP to purchase dried or fresh “marihuana” (cannabis flowers) or cannabis oil. Alternatively, individuals can send their medical documents to Health Canada for authorization to grow a limited amount of cannabis for their own medical purposes, or designate someone to produce it for them.
http://www.mondaq.com/canada/x/559176/Healthcare/Medical+Cannabis

On January 18, 2017, investors, analysts, and entrepreneurs converged on the Metro Toronto Convention Centre for the 2017 Cantech Investment Conference. Exhibitors at the conference spanned a number of industries from cybersecurity to specialty finance to cannabis.

One of the key themes of the conference was that although the “age of the unicorn” may have come to an end, the adoption of innovation is now deeply entrenched and integral into the way companies need to do business to survive. Not only are corporations outsourcing their research and development to start-ups and small tech companies, but they are increasingly having to innova…

On June 30, 2016, the Minister of Justice and Attorney General of Canada, the Minister of Public Safety and Emergency Preparedness, and the Minister of Health announced the creation of a nine-member Task Force on Cannabis Legalization and Regulation (the “Task Force“). The Task Force was given a mandate to consult and provide advice to the government on the design of a new legislative and regulatory framework for legal access to cannabis, consistent with the government’s commitment to “legalize, regulate, and restrict access”, as announced in its December 2015 Speech from the Throne.

On November 30, 2016, the Task Force released its final report, “A Framework for the Legalization and Regulation of Cannabis in Canada” (the “Report“). To fulfill its mandate, the Task Force engaged with provincial, territorial and municipal governments, patients, advocates, Indigenous governments and representative organizations, employers 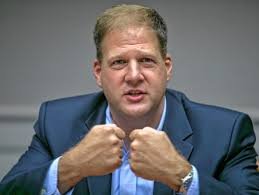