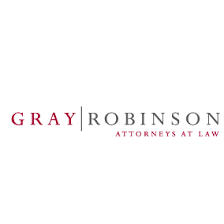 The U.S. House of Representatives voted to pass the Marijuana Opportunity Reinvestment and Expungement Act, or MORE Act, which would decriminalize cannabis and clear the way to erase nonviolent federal marijuana convictions. H.R. 3884, which would remove marijuana from Schedule 1 of the Controlled Substances Act of 1970 (CSA), passed the House on December 4, 2020, by a vote of 228 to 164, largely along party lines and with 39 members not voting. Only six Democrats voted against the legislation, while only five Republicans voted for it.

In addition to amending Schedule 1 of the CSA, The MORE Act would also create pathways for ownership opportunities in the emerging industry, allow veterans to obtain medical cannabis recommendations from Veteran Affairs doctors and establish funding sources to reinvest in communities disproportionately affected by the war on drugs.

Friday’s vote marks the first time a full chamber of Congress has taken up the issue of federally decriminalizing cannabis.

In the early 1970s, President Richard Nixon declared drug abuse “public enemy number one” following the rise of recreational drugs in the 1960s. Utilizing the Controlled Substances Act of 1970 (CSA) as its cudgel, the Nixon Administration implemented a “War on Drugs” aimed at reducing use, distribution and trade of substances classified as “Schedule 1 narcotics” under the CSA through aggressive enforcement and rigid prison sentences. “Marihuana,” which the CSA defined as any part of the cannabis sativa plant, was included on Schedule 1 as a banned narcotic with no medicinal value.

Unlike heroin and cocaine, both of which also are Schedule 1 drugs, the relatively low levels of  tetrahydrocannabinol (THC) produced by the cannabis sativa plant do not produce the same rapid and intense addiction associated with “hard drugs.” However, because of the federal government’s longstanding restrictions on scientific research related to marijuana due to the plant’s status as a Schedule 1 narcotic, there remains an ongoing debate as to whether cannabis is addictive.

Nevertheless, starting in 1996 with California when voters approved Proposition 215 by a 56% –44% margin, states have diverged from the federal approach to cannabis. In the ensuing 25 years, legalization has spread among states across America as doctors and patients began to insist on access to medical marijuana as an alternative to opioids for alleviating the catastrophic effects of diseases such as cancer, Crohn’s disease, epilepsy, and PTSD, as well as for palliative care in cases of other maladies causing severe chronic pain. Within the last decade, several states led by Colorado and Washington State in 2012 went a step further and legalized marijuana for all uses, including recreational as well as medical.

In the November 2020 elections, cannabis referenda were on the ballot in five states. Voters in all five of those states — Arizona, New Jersey, South Dakota, Montana and Mississippi — approved measures to legalize some form of marijuana use. The margins were wide: 67 percent of New Jersey voters, 57 percent of Montana voters, 53 percent of South Dakota voters, and 60 percent of Arizona voters voted in favor. Now, there are 15 states where the drug is legal for recreational use, meaning about one in three Americans now live in a state where recreational marijuana is legal. As a result, 34 states and two territories now have legalized some form of medical marijuana, and 15 states along with two territories and Washington, D.C. have legalized recreational cannabis.

This cannabis legalization movement among the states is part of a larger evolution on marijuana policy by the American people, who are rejecting the failed War on Drugs – an approach that has disrupted the lives of millions of people needlessly through failed marijuana prohibition policies. Over 68 percent of the American population supports full legalization, and 88 percent support the legalization of medical marijuana. The latest data are from a Sept. 30-Oct. 15 Gallup poll. Based on its compiled data, Gallup’s latest assessment of its marijuana attitudinal polling offered the following conclusion:

The trajectory of the public’s support for the legalization of marijuana has coincided with an increasing number of states approving it. It is not entirely clear whether the shift in public opinion has caused the change in many state laws or vice versa. Given recent trends, more states are likely to legalize recreational marijuana in the future. Considering the high level of public support for such a measure, a change in federal policy could even occur.

What Would Passage of the MORE Act Accomplish

Having passed the House of Representatives, the More Act still faces two significant hurdles. First, it must be adopted by the Senate – a Republican-dominated body that has consistently refused to consider any legislation legalizing marijuana. In 2018, Senate Majority Leader Mitch McConnell (R-KY) lobbied hard for and successfully engineered the passage of the 2018 Farm Bill that re-defined marijuana to exclude hemp, thus making that byproduct of the cannabis plant legal (albeit regulated) under federal law.

However, bipartisan support for the legalization of hemp does not translate to bipartisan support for marijuana legalization. Senior Republican members of Congress, including House Minority Leader Kevin McCarthy (R-Calif.) as well as Senator McConnell, have made derisive public comments about the bill during the week leading up to the House vote, describing the House vote on the More Act as a frivolous diversion from the task of funding the federal government and delivering a new round of emergency coronavirus aid to Americans.

If passed by the Senate, the legislation would then go to the White House for the president’s signature. Currently, it is unclear whether a presidential signature, veto or no action will be forthcoming from the current administration.

If it becomes law, the MORE Act will remove marijuana from the list of scheduled substances under the Controlled Substances Act and eliminate criminal penalties for an individual who manufactures, distributes, or possesses marijuana. The bill also makes other changes, including the following:

Advocates supporting the MORE Act argue that the legislation is not just wanted by a majority of Americans, but is needed for a host of policy reasons. They cite the fact that Adult-use marijuana is one of the fastest growing industries in America, at a time when COVID-19 has weakened so many other sectors of the U.S. economy.

Advocates also argue that since 2003, prescription opioid overdoses have killed more people than heroin and cocaine combined, and their abuse is now our fastest growing drug problem. Many doctors and medical associations argue that marijuana is needed as a palliative alternative to opioids for dealing with chronic pain.

Just as importantly, advocates are adamant that the MORE Act is necessary as a social justice issue. The legislation would expunge federal marijuana convictions and reinvest in communities most adversely impacted by the War on Drugs. As noted by Charlotte Resing, a policy analyst for the American Civil Liberties Union, the heaviest burden of federal laws prohibiting marijuana have fallen on minorities and communities of color:

Marijuana has been a key driver of mass criminalization in this country and hundreds of thousands of people, the majority of whom are Black or Latinx, have their lives impacted by a marijuana arrest each year. But the tide is turning against the remnants of a drug war targeted at Black and Brown people that was never meant to increase public safety in the first place. Legalization is an important step towards ending the war on drugs, and it cannot come soon enough.

Whether the Senate and the White House will heed the arguments of these advocates, and of their colleagues in the House of Representatives, remains to be seen. 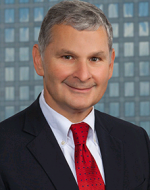