This interpretive statement describes the use of CBD product and other additives, and whether other cannabinoids, such as hemp-derived CBG and CBN, may be added to cannabis products or sold as stand-alone products authorized for production, processing, and sale under chapter 69.50 RCW.

Interpretive statements are intended to advise the public on how a government agency interprets rules and statutes. In this post, we’ll examine how the LCB interpreted Washington law and its own rules and what this Interpretive Statement means for your business.

Washington first legalized recreational cannabis ten years ago with the passage of Initiative-502 (I-502) creating a recreational cannabis market made up of producers, processors, and retailers. Generally speaking, a processor can only purchase cannabis plant material from a producer or other processor. This changed with the passage of Senate Bill 2334, now codified at RCW 69.50.326 (Cannabinoid Additive Law) in 2018. The Cannabinoid Additive Law allows producer and processors to use “a CBD product for the purpose of enhancing cannabidiol concentration of any product” sold through the I-502 system so long as it comes from hemp and has been tested for contaminants and toxins. CBD Product is defined as “any product containing or consisting of cannabidiol.” The Cannabinoid Additive Law also allowed the LCB to establish rules regarding cannabis additives.

The Cannabinoid Additive Rule did not alter the definition of CBD Product.

The Cannabis Additive Law was passed in 2018, before the 2018 Farm Bill passed but after the boom for Hemp-CBD boom that followed the 2014 Farm Bill. The 2014 Farm Bill allowed for limited hemp cultivation for research purposes. The 2018 Farm Bill unambiguously legalized the sale of hemp and cannabinoids derived from hemp, including Hemp-CBD and all other cannabinoids derived from hemp such as cannabigerol (Hemp-CBG) and cannabinol (Hemp-CBN).

In the years since the Cannabis Additive Law and Rule were implemented, the I-502 market has shifted. More consumers are looking for cannabis products with increased amounts of CBD, CBG, and CBN. In practice, producers and processors have begun to buy Hemp-CBD, Hemp-CBG, and Hemp-CBN even though the Cannabis Additive Law and Rule only lists Hemp-CBD as an acceptable cannabinoid additive, because in many cases, it is cheaper than cannabis-derived CBD, CBN, and CBG (Cannabis-CBD, Cannabis-CBN, and Cannabis-CBG).

The Interpretive Statement says that I-502 producers and processor can continue adding Hemp-CBD, but not Hemp-CBG, Hemp-CBN, or any other cannabinoid derived from hemp.

It does not appear that a crackdown on non-CBD hemp derivatives is imminent, based on what we have heard from the LCB. However, if your business has been targeted by enforcement over this Interpretive Statement or if you are unsure how to proceed, please do not hesitate to contact Green Light Law Group. 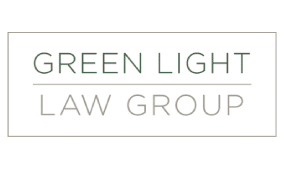