Oglesby has served as chief tax counsel for the US Senate Finance Committee and as co-chair of the Regulatory and Tax Structure Working Group of Gavin Newsom’s Blue Ribbon Commission on Marijuana Legalization. Leafly welcomes opinion contributions from industry and political leaders on a range of topics related to cannabis.

Here’s the introduction to his piece for Leafly

When the government starts taxing stuff, it tends to start out simply.

Take alcohol: The first liquor taxes in Colonial America were flat license fees for producers. Then came taxes based on the capacity of stills, or the number of gallons a distillery could theoretically produce. Before long, however, those primitive “capacity” taxes were replaced by taxes on gallons actuallyproduced. Those gallonage taxes were then replaced by taxes on actual alcohol content. Stronger booze meant higher taxes.

At each turn, sophistication replaced simplicity. Today, a similar evolution is playing out with cannabis taxes.

Like it or not, most voters—not to mention politicians—like cannabis taxesbetter than they like cannabis itself. Cannabis consumers supposedly make up only about 20% of the public in fully legal states. The other 80% are bystanders, wondering, in the American capitalist way, “What’s in it for me?”

Consumers want legalization to endure and advance. Sound taxes can help that happen—strategically.

Not convinced? Consider this: Initiatives to legalize and tax cannabis tend to max out at around 57% of the vote, if they pass at all. Standalone cannabis tax initiatives, meanwhile, routinely get 75% to 80%. And no state has legalized commercial sale of nonmedical cannabis without taxing it.

In a sense, taxes have been the engine that helps pull legalization along. Systems that don’t work can hurt the cause. But taxes that are reliable, administrable, and difficult to game can offer the public a fair deal—and even give legalization a boost.

Yes, taxes can get too high to beat out the illicit market. But before you can decide how much to tax, you first have to decide how to tax. The top three options: price, pounds, and potency.

Read the full article at  https://www.leafly.com/news/industry/opinion-theres-a-better-way-to-tax-legal-cannabis 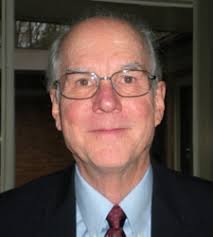