On the back of the banning of Psymposia journalists late last year from a conference in Florida, this makes for interesting reading.

Recently a leaked blacklist showed the banning of prominent anti-capitalist activists from psychedelic conferences. Left Voice interviews one of these activists about the ban, as well as broader issues around the ongoing corporatization and commodification of psychedelics under capitalism.

When I first started working with psychedelics, I assumed that that would be the trajectory for everyone. I assumed that everyone would take psychedelics, realize their potential, overcome some of their mental health issues or traumas, and then be in positions of service, wanting to help others or wanting to make the world a better place. Over time, through my organizing and through other endeavors that I’ve had within the psychedelic space, I quickly found out that that was not the case. So I try to tie back my work within harm reduction to remind people that there is a lot that needs to be done, there’s a lot that we can do. I always point to harm reduction as the way that I was able to find my place in the ecosystem. And also just to remind people that these are all drugs. You know, there’s this huge issue of psychedelic exceptionalism. Being able to tie it back to how harm reduction works, not just for injection or use of more stigmatized drugs, but also with psychedelics. We should be working across a full spectrum of drug use.

Recently you shared a leaked document showing you were on a “blacklist”, banning you and others  from certain psychedelic conferences. Can you speak more about this?

The document said: “Banned from all our events. No entry allowed under no circumstances.” It has my photo along with the photos of others. Everybody who was on that list was from the media group Psymposia, along with two other folks including Sasha Sisko. It was kind of initially funny and kind of a shock that there was a conference in my hometown of Miami that I had never heard of and did not know of any of the organizers, and that I was being banned from it for some reason. We initially thought that there must be someone who is part of the organizing team that is connected with someone who despises Psymposia — because there are a number of folks out there that do not like Psymposia’s critiques. Then over time, we started to see the conference unfold and the ways in which people who are working in “corporadelia” were talking about a lot of the work that we do. For example, there was a presentation from Hamilton Morris, a prominent figure in the psychedelic community, who was talking down on the work of my colleagues Brian Pace and Neşe Devenot around right-wing psychedelia. He was also belittling some of the work that Dimitri Mugianis has done around the intersection of capitalism, psychedelia, and the medical system. He seemed to be trying to discount the work of people and groups who have critiques of capitalism and the medical system.

Why do you think you and other activists are being put on such lists? How do your politics around being critical of capitalism, the police, the prison industrial complex relate?

I’m positive that the reason why I was on that blacklist was because I’m on the advisory board for Psymposia. But it could be because the only reason why I’m in psychedelia — besides hoping that other people raise their consciousness, see the importance of shifting the needle on one where society is headed, and systemically make changes — is pointing out what’s wrong with the current psychedelic space. That includes the bullying that happens within the psychedelic space. It includes the social capital that is hoarded and used to control and maneuver work, jobs, and relationships within the psychedelic space. It also includes capitalism’s intersection with psychedelics and how the psychedelic space really positions itself to be apolitical about extremely political issues like health, health care, mental health care, and healing, so that it can avoid any critique of these systems.

Conference organizers like Microdose don’t actually care about healing people or making society a better place. From what I’ve seen and heard, all they care about is parading around different venture capitalists and companies and making sales. Of course, they’re going to thrive off of a capitalist model. If their bottom line gets threatened, they’re not going to be very cool with that. I think it’s all related. People in this space who tend to be very accepting of capitalism as a system also tend to be more accepting of structures that protect capitalism, such as the police that protect property and the prison-industrial complex that allows for the cheap labor of materials that are used in capitalism production, as well. Having politics that calls out these connections makes these corporations look bad — especially those that are touting the use of psychedelics for “healing” within their capitalist endeavors. And if it makes them look bad, then they will make less money. So it makes sense why they target activists who are speaking out against capitalism, against the absurdity of reaching, healing, and helping people through this extremely inaccessible medical care system and through the sales of pharmaceuticals — especially people that have been through complex trauma, people who are poor, people who are unhoused, people who use drugs or are dependent on substances. 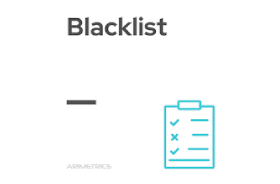