Despite the famous law that released the herb in Uruguay, cannabis growers reported abuses by the police in Parliament.

This is reported by La Diaria, in an article about the presentation of the Cannabis Coordinator in Parliament.

There, cannabis growers denounced abuses and irregularities in police procedures and judicial processes .

It was by teleconference that the Special Commission on Addictions of the Chamber of Deputies received the Cannabis Coordinator.

In this way, cannabis growers reported abuses in irregular procedures by the Ministry of the Interior (MI) .

The actions are against self-cultivators , who are also harmed with judicial decisions that contravene the provisions of the Cannabis Regulation and Control Law (19,172).

The coordinator is made up of self-cultivators, cannabis clubs, patient and family associations, companies, pharmacy purchasers, researchers, and social organizations.

The group expressed its concern about the setback in the application of the Cannabis Regulation Law .

In particular, with legal provisions and guidelines that go against the “spirit” of that law, such as the resolution of the Prosecutor’s Office that prioritized the prosecution of micro-trafficking.

From the coordinator they stated that there is a “problem of judicial, police and State policy .”

Likewise, they presented a series of cases in which they understand that there were formalizations of the process against self-cultivators without the corresponding guarantees.

Among other issues, they pointed out that the obligation of the Prosecutor’s Office to request formalization in 24 hours when there are detainees “causes the accused to testify without adequate legal assistance.”

They also argued that “voluntary raiding” is used systematically , by which the police request permission to enter homes.

And that priority is given to “anonymous reporting” as a trigger for police proceedings and interventions in the street against people who are consuming cannabis with seizures without any legal support.

In the Uruguayan parliament, cannabis growers denounced abuses and also a complete ignorance by the officials in charge of the operations.

They also expressed concern that the weighing of what was seized in crops “has been carried out on many occasions with fresh plants and flowers, indicating a complete lack of knowledge of the processes of the cannabis plant before it is suitable for consumption.”

In another sense, they argued that technical and conceptual errors are made in the accompaniment of the inspectors of the Institute for the Regulation and Control of Cannabis (Ircca) to the raids.

This affects the cultivation process and has consequences on police reports and court decisions.

The coordinator stated that “the very conception of republicanism and constitutionalism of our country” merits “the correct application of the law” and called for the installation of a dialogue between civil society and the State.

Another issue raised by the coordinator was the lack of regulation of Law 19,847 , on the production of cannabis for medicinal and therapeutic use.

This process is in the hands of the Deputy Secretary of the Presidency, Rodrigo Ferrés, and the Ministry of Public Health (MSP).

The members of the coordinator warned that the lack of regulation “leaves small producers of therapeutic derivatives exposed, who have expressed their full willingness to join the regulated market.”

As the Deputy of the Broad Front Daniel Gerhard told La Diaria, he decided to call, first of all, the authorities of the MSP to find out what is happening with the regulation of Law 19,847.

Also to the Honorary Commission that monitors the cannabis policy, in the hands of that ministry.

Regarding the situation of self-cultivators, the deputy noted that the regulatory framework related to drugs in general is being used and not the specific one for cannabis.

“The problem is not the law, but the moral and political component with which the entire State acts, especially the MI,” he clarified.

Asked about the different positions between the National Drug Board, which maintains the objective of advancing with the regulation and IM policy, the deputy replied:

“We live in a government of appearances. Apparently the government is not going to make changes in this, but then what we see in practice is something else ”.

Gerhard said that “there is a base of the government that is against” the advance of the regulation .

“Ultimately, they are doing what they criticized a lot, which is putting the political above the legal,” he added.

The deputy affirmed that there is “a cruelty, product of a new political climate, which seeks to criminalize and stigmatize something that is actually legal.”

The deputy mentioned the fact that many of the cases raised by the coordinator occurred in the interior of the country.

“It probably has to do with the cultural and moral environment, and it is a problem, because the laws are for the entire Republic. It is curious that in a government the word that is repeated the most is ‘freedom’ ”.

After receiving the MSP authorities, the commission will call the MI and the authorities of the Attorney General’s Office to discuss the issues raised by the coordinator. 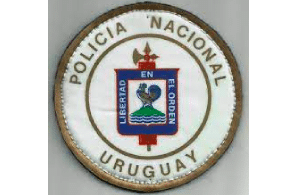