The use of marijuana was legal for most decades of human history, until the early 20th century. With the advent of modern research and technology, medical professionals suggest the medicinal values of cannabis. And the wonders it has on one’s health and well-being. Well, with so much said about cannabis consumption and a list of advantages, the tide is turning.

The U.S. States and countries are legalizing the consumption of medical marijuana. The legalizations hold for several U.S. states and a couple of other countries to permit recreational marijuana. And, the business opportunities for investing in cannabis stocks are not to mention!

Now that the draconian laws to grow the natural plant are altering, how does the cannabis future around the world look like?

European countries have been allowing the use of medical or recreational marijuana in a slow manner. The change, although a slow one is worthwhile. The number of countries on the continent are small, yet the pressure of doing the right thing is vital. The experts suggest that it may take one country to legalize marijuana, and the others are likely to follow the suit. And, many countries are taking steps towards this progression. France is one such country where President Emmanuel Macron suggests changing cannabis laws and the consumption of marijuana in France decriminalizes. The Czech Republic has the consumption of marijuana legal, making it a haven for pot enthusiasts. The country is paving a path for recreational marijuana and cannabis tourism- embracing legalized cannabis. Doctors are prescribing cannabis to ill patients with therapeutic alternatives- for the ones with no other treatment is available. Germany too is all thumbs up for cannabis owing to the medical treatments.

The populated country- North America is embarking upon the journey of legalizing marijuana. Now that you’re in Canada, then to buy shrooms canada should be on your list. Each province has its regulations of usage, growth, and sale for its citizens. Some provinces are but more lenient than the others. In the U.S, 10 states have given green lights for legal marijuana, while the other 33 have given approvals to marijuana for medicinal purposes. The numbers for legal marijuana are on a rise, opening doors to lawmakers for legal consumption.

December 2018 saw New Zealand pass legislation allowing the consumption of marijuana. A binding referendum about cannabis legalization and regulation was sought under discussions during general elections in 2020. Australia too is all thumbs up for the production and use of medical marijuana in 2016. The citizen poll in the same year suggests the favor of 74% of Australians in decriminalization favor. Thanks to this the other states are paving a path to full cannabis legalization for the entire country.

Medical marijuana has become a norm in diverse countries. The others are legalizing the product for recreational use, which the professionals expect to take a bit of time. Countries like Canada and Uruguay are regulating its use, emphasizing the benefits it swears to provide. Some other countries like Africa, the Caribbean, and Latin America are undergoing the process. All it takes is to realize the health benefits for the rest of the world to get set go! 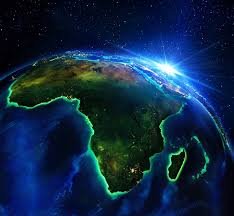