Lex Blog Article: A Slow Burn: The Cannabis Sector May be Ready for Market Consolidation

The first half of 2020 saw a significant decline in M&A activity as capital markets were impacted by the COVID-19 pandemic, but the second half of the year saw a surge in M&A activity that is expected to continue into 2021. One industry that may be particularly well primed for M&A activity in 2021 is the cannabis industry, where market consolidation is already underway.

Predictions of market consolidation in the cannabis industry are hardly novel. Even prior to the legalization of cannabis in Canada, research by Ernst & Young indicated that industry executives believed that consolidation was inevitable and would leave only a few large players to operate in the post-legalization cannabis market. However, though a number of M&A transactions have been completed in the cannabis sector, the industry has not yet experienced the high volume of transactions that many predicted.

A factor that has likely contributed to the delay in market consolidation has been the unpredictability of valuations of Canadian cannabis companies since legalization. When Canada was preparing to legalize recreational cannabis in 2018, valuations of Canadian cannabis producers soared; indeed, the Financial Post reported that, at the time of legalization, the Canadian cannabis industry exceeded the combined market cap of Canada’s publicly traded grocery chains. These lofty valuations began to trend downward almost immediately following legalization, due at least in part to insufficient supply and provincial regulatory schemes that slowed the roll-out of retailers. As reported by the Financial Post, in the first year following legalization, investors in Canada’s 10 largest cannabis producers yielded an average negative return of more than 50%.

This unpredictability, and the resulting decline in valuations, created a more difficult environment for deal-makers in 2019, and M&A activity in the cannabis industry slowed significantly relative to 2018. Then, the COVID-19 pandemic and the resulting economic challenges brought M&A activity in the cannabis industry to a virtual standstill in the first half of 2020.

Another factor which may have contributed to limited M&A activity was the elimination of Ontario’s lottery system for awarding cannabis retail licenses. Following legalization, Ontario used a lottery system to award a limited number of licenses to operate retail cannabis stores. The resulting difficulty in entering the market drove some M&A activity, as buyers sought to gain market share by acquiring existing retail operations. However, the Ontario government eliminated the lottery system in 2020 in favour of allowing prospective retailers to apply for licenses on a first-come-first-served basis. As a result, it became easier for new retailers to enter the market, which may have reduced the incentive for prospective retailers to acquire existing businesses.

However, it appears this period of limited M&A activity in the cannabis industry may be coming to an end. Following the recent announcement that two Canadian cannabis producers will merge to form the world’s largest producer, some analysts are predicting that the transaction will result in a cascade of M&A activity as other producers seek to make deals in order to remain competitive. This consolidation could be further fueled as stock prices of cannabis producers recover from the lows seen during the peak of the pandemic, providing deal makers with more flexibility in negotiating and completing transactions. Finally, some have predicted that the prospect of legalization in the U.S. following the election of Joe Biden may further fuel M&A activity in the cannabis sector, as producers in the U.S. and Canada seek to gain market share in the U.S. recreational cannabis market.

For all of these reasons, it appears that the Canadian cannabis industry may be primed for M&A activity and that the long-forecast market consolidation may be on the horizon. 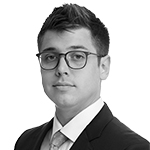