Lighting of the Sun on Bright Unfocused Eyes: A Note on Repercussions from the DEA’s Descheduling of Epidiolex

On April 7th, the Drug Enforcement Administration announced that Epidiolex was no longer being treated as a controlled substance. To truly appreciate this, we need some background. In 2018, Epidiolex, which is manufactured by Britain-based GW Pharmaceuticals, was the first cannabis-formulated drug to be approved by the FDA. Epidiolex is used to treat seizures associated with Dravet syndrome in pediatric patients. This, of course, bears special weight with the passing of Charlotte Figi, a true hero whose love light will continue to shine bright as the sun and whose impact will prove everlasting.

Up until this week, Epidiolex was still being treated as a Schedule 5 controlled substance. So what does this new DEA announcement signify?.

CBD Is Not A Controlled Substance

First of all, it feels a bit vindicating. For years, I’ve shouted from the mountaintop that CBD is not, nor has it ever been a scheduled substance. Of course, this has been met with resistance, not only from federal government officials and law enforcement agencies, but even industry participants. So this moment feels like we’re seeing the lightning of the sun on bright unfocused eyes. We are hearing the government, once again, change its tune and definitively say that CBD is not a scheduled substance.

But think about this for a minute. CBD in Epidiolex is marijuana-derived. So despite the fact that I’ve always said that CBD is not a scheduled substance, if CBD comes from marijuana, it absolutely is a scheduled substance in the eyes of the federal government. It’s a marijuana extract, which was the drug code we went to court against the DEA back in 2016 and 2017.

So the fact that the DEA has reversed course and said that Epidiolex is not a controlled substance, even though it contains CBD derived from marijuana, rather than CBD from industrial hemp signals something even more significant. It will undoubtedly have the most bearing on the pharmaceutical sector.

This announcement opens the floodgates.

If I’m a pharmaceutical company, the descheduling of Epidiolex makes CBD and other cannabis-formulated drugs extremely attractive. To date, we haven’t seen pharmaceutical companies pursue drugs formulated from industrial hemp-derived cannabinoids. Why they haven’t defies logic. The 2014 Farm Bill allowed for market-based research, so the truth is that they missed a large opportunity. Because again, it has been black and white since 2014 that industrial hemp-derived cannabinoids are legal.

When you pair this with the recent announcement from the DEA that moved the needle forward on cannabis research, the tidal wave is really starting to swell.

CBD As An Industry

At the end of the day, this is a good thing for the existing CBD industry. It does pain me to call CBD an industry, because it’s merely an ingredient, but these developments move institutional players one step closer to entering the space. They’re recognizing the limitless opportunity to create a variety of products with non-psychoactive, low-milligram levels of cannabinoids. While this will challenge the market share of many existing CBD players, we are getting closer and closer to seeing the widespread application of CBD as an ingredient. We’ve always known the day will come when mainstream channels, retailers, and manufacturers embrace and capitalize on hemp derivatives. Perhaps that day will come sooner rather than later. More to come. 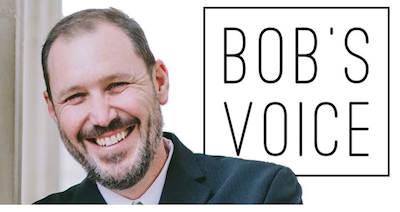