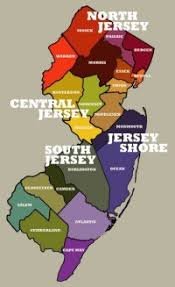 Anticipating that New Jersey soon will allow anyone 21 and older to buy and use marijuana, a number of North Jersey towns are responding with a message of their own: Count us out.

Gov. Phil Murphy championed legal marijuana as a candidate last year. As governor, he has expanded access to medical marijuana, but bills to allow non-medical use have stalled in the Legislature.

It’s not clear what effect, if any, local anti-weed votes may have. State officials have maintained that local governments will be able to decide whether and where to allow marijuana retailers in their communities. In other states that have permitted marijuana sales, such as California and Colorado, many local governments have disallowed retail sales of the drug.

Here are the North Jersey towns that have banned recreational, medicinal or both types of marijuana ahead of the state’s potential legalization:

“We aren’t against medical use. If a company comes in and wants to do a warehouse, as long as they follow the law, we’re not going to fight that,” Carlstadt Mayor Craig Lahullier said.

“When you take an oath to uphold the Constitution, and federal law says it’s a no-no, it’s a no-no,” Lahullier said. “I’m not going to allow marijuana shops to open up in our borough.”

The Township Committee in April passed an ordinance that bans the production, cultivation and retail sale of marijuana in any zone in the township.

Deputy Mayor Karen M. Swartz said the measure, initiated by Mayor Curt Ritter, stems from a belief that marijuana is a gateway to harder drug use and its sale would be inconsistent with township, school and civic programs that help young people avoid substance abuse.

“From a perspective of psychological wellness and mental health, the perils outweigh any potential benefits, whether recorded, documented or anecdotal,” Swartz said.

“Our job is to protect our municipality,” she said. “For us as municipal leaders to allow marijuana dispensaries is counterintuitive to all the good work being done in terms of mental health and substance abuse programs.”

The city voted unanimously to prohibit the selling and growing of recreational marijuana within city limits earlier in August, and the ordinance is just waiting to be adopted on second reading.

At the behest of Councilman Peter Eagler, his colleagues decided to model the new ordinance on the one adopted last December by Point Pleasant Borough.

The East Rutherford Borough Council voted unanimously in July to prohibit any dispensary intended for the sale of non-medical marijuana, or any of its psychoactive derivatives, throughout the borough. Hemp products are excluded from the ban.

If the state legalizes recreational marijuana use, Mayor Jim Cassella said, East Rutherford may need to pass two ordinances to opt out of legal sales: one for the borough and a second to cover the Meadowlands district.

Like many of the other municipalities in the area, Franklin Lakes banned the sale of recreational pot, and officials also worried about the health and safety of its residents when it passed the ordinance in June.

In the ordinance, it states that the sale of marijuana is not allowed in any of the zoning areas, with the exception of medical marijuana.

The City Council approved a ban against the sale of weed within  municipal limits in February. While he personally does not oppose legalization and believes it has worked well in other states, Deputy Mayor Joseph Delaney said a small city like Garfield is not the right location for a dispensary.

The council has already restricted tobacco smoke shops to a portion of Route 46 and has taken steps to limit liquor licenses, Delaney said.

“We’re gearing more towards restaurants and family-oriented businesses in the city,” he said. “Selling marijuana wouldn’t be the right fit.”

The Borough Council voted 4-1 in February in favor of banning marijuana sales, making it one of the first towns in Bergen County to do so. The ban would not apply to sales of prescribed medical marijuana, which is legal in New Jersey.

The Borough Council approved an ordinance on March 28 to prohibit the sale of medicinal and recreational marijuana.

“It was taken up as a zoning issue,” Mayor Richard Goldberg said Aug. 14. “Just like we don’t allow grocery stores and supermarkets in town, we don’t want marijuana dispensaries. It’s not an appropriate vision of our master plan.”

Despite pleas from medical marijuana activists, the borough is on the list of towns that chose to ban medical and recreational marijuana businesses.

The ban, which was approved in June, applies to cultivating, manufacturing, processing, warehousing, distributing and selling marijuana.

“We’re putting this in place so there is no widespread rush to set up anything in our community,” Mayor Emil Carafa said.

Mahwah’s prohibitions, adopted unanimously by the Township Council in June, will block all marijuana establishments from opening in the township, including dispensaries, cultivation facilities and manufacturing plants. It does not apply to sales of prescribed medical marijuana, which is legal in New Jersey.

“The town has done a very good job over the last two decades of educating our kids on drugs,” Council President Robert Hermansen said. “This is the right message to send.”

A retired police officer, Mayor Harry Shortway Jr. said most of the 1,200 drug arrests he made while on the Ridgewood force were for marijuana-related offenses.

“As a police officer, I’m against marijuana,” Shortway said. “I don’t go for recreational marijuana. I don’t want to see any plants. I’ve pulled a lot of plants out of Ridgewood’s backyards.”

The Borough Council approved an ordinance to prohibit the sale of recreational marijuana on Feb. 21.

“The borough is all for medical marijuana,” Mayor Randy George said on Aug. 14.

This ordinance was adopted, he said, to “stop storefronts from selling marijuana for recreational use, because it’s a gateway drug. That’s what we preach in our schools, and that’s what our Municipal Alliance tells us. I have a friend on medical marijuana, and it’s done wonders for that friend. We just don’t want them to set up shop.”

In June, Upper Saddle River approved an ordinance that banned recreational marijuana from being sold. The ban also states that dispensaries are not permitted in any zone within the town.

The prohibitions, adopted unanimously by the Borough Council in June, bar businesses from selling, distributing, cultivating, growing or facilitating the sale or use of both recreational and medical marijuana. The sale of related paraphernalia was also banned.

“This is a very important ordinance for our community that addresses a very serious issue concerning the use and sale of marijuana,” Mayor Carlos Rendo said. “It’s not about money. It’s about health and safety.”

Wyckoff adopted an ordinance in July that banned the sale of marijuana within all zones in the township, stating in the ordinance that they believe the drug is “detrimental to public health, safety and welfare.”

“This is uncharted territory, and I didn’t think Wyckoff should be in the forefront of this change, if it is ever legalized,” Mayor Brian Scanlan said. “I’d rather take the approach that we see what happens elsewhere first.”

Scanlan said he is “quite conflicted whether it should be legaized” and is “personally opposed.”