Lockdown Fever: The UK & Cannabis, Things Get Stranger By The Day

Lockdown fever is getting to the Brits !  Last week it was the cannabis factory next to the Bank of England, yesterday it was CBD for sale at the Queen’s official farm shop.

Today it’s stolen dogs and a cannabis factory in South Wales and police catching people smoking weed by the bins in Sussex. Who knows what tommorrow will bring?

The South Wales Argus reports…….A NUMBER of stolen dogs and a cannabis factory were found during a weekend raid.

South Wales Police and Dyfed Powys Police carried out a cross-border investigation which led to a raid on land in the Briton Ferry area near Neath on Saturday, January 23.

There they found six dogs alongside the cannabis factory

A spokeswoman for South Wales Police confirmed that the dogs had been returned to their rightful owners.

She said: “The owners of these dogs have been identified and they have been returned home. Cross border investigations with Dyfed Powys Police are continuing.”

Horsham Police have confirmed meeting up with people to smoke cannabis by some bins is not an acceptable reason for leaving your home.

Officers said they seized some cannabis after discovering three people from separate households who had met up.

In a statement posted shortly before 8pm yesterday evening, January 24, police said: “Three people from separate households in Horsham today found out meeting together in a bin store to smoke cannabis is not a permitted reason to leave home.” 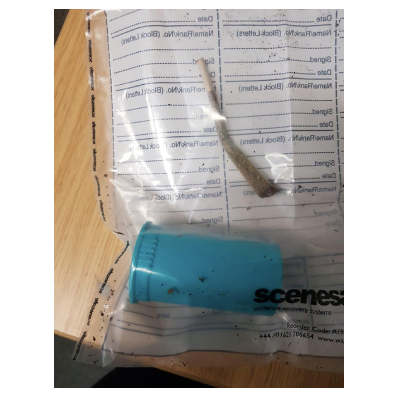