A Morgan Stanley investment research team likes psychedelics as the next “big idea,” but nobody told Oregon and Colorado voters how long it’s going to take to get there with “magic mushrooms.”

Oregon two years ago and Colorado last month became the first and second states to decriminalize the “magic mushroom” psychedelic substance psilocybin for personal and mental health use.

“Magic mushrooms” are edible offering psychedelic properties but with the risk of misidentification for toxin substances causing poisoning that can go from discomfort to death in about 10 days.

States that made recreational marijuana legal have been able to implement those policies fairly quickly. After handing out wholesale and retail licenses, they’ve been off to the races.

Oregon and Colorado are showing the legalized psilocybin businesses are not that easy.

“Magic mushrooms,” with Psilocybin are classified as a Schedule I drug, meaning that it has a high potential for misuse and has no currently accepted medical use in treatment in the United States.

On the same day, Colorado voters were legalizing “magic mushrooms, ballots cast in a dozen or so Oregon cities and counties were banning psilocybin manufacturing and distribution. The opt-out option was provided for in Oregon’s 2020 law, but it was not included in Colorado’s Proposition 122, which narrowly passed in 2022.

And criminal prosecutions continue in Oregon.

The best estimates are that it will take a few years before “magic mushrooms” will be available through state-regulated clinics in Colorado.

Not everybody, however, is always willing to wait. Earlier this month, Portland police executed a search warrant at an herbal store called the Shroom House. They seized 22 pounds of psilocybin and $13,000 in cash and made four arrests. Among those charged was Shroom House owner, 32-year-old Steven Tachie Jr. The West Burnside establishment opened in October.

The herbal store owner is charged with 10 counts of money laundering and two counts of unlawful delivery of a controlled substance within 1,000 feet of a school.

At this point, Oregon’s 2020 law only permits psilocybin in medical settings. After passage, Oregon lawmakers had reservations about funding a department to work on regulations and other implementation steps. Those tasks — building the legal psilocybin industry from scratch — ultimately fell upon the Oregon Health Authority

It begins accepting license applications on Jan. 2, 2023, but not for retail outlets like the marijuana model. When Colorado gets around to issuing licenses for facilitators and treatment centers, the state Department of Regulatory Affairs (DORA) will run the show.

Prop 122 gives DORA until late 2024 or early 2025 to make it all happen. A 15-member Natural Medicine Advisory Board is supposed to be named by Gov. Jared Polis by Jan. 31, 2023. It will then have a year to decide what “magic mushroom” facilitator should have in the way of qualifications, education, and training.

The Advisory Board will also have to help DORA determine what a treatment center should involve.

Maybe the next “big idea” Morgan Stanley likes so much is a national chain of psychedelic clinics. Oregon and Colorado are takings steps that are going somewhere. 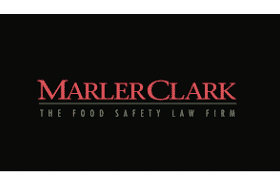