The state marijuana industry didn’t like what it saw when it got its first look at Maine’s new track-and-trace system Monday: hundreds and hundreds of 25-cent tags required to catalog every plant’s path to pre-rolled joint, vape cartridge or infused candy.

“This will drive prices through the roof,” said medical marijuana caregiver Dawson Julia of Unity. “It’s going to put a lot of people out of business. It will make medicine so expensive that nobody will be able to afford it. It will guarantee the survival of the black market.”

Five hours later, long after most of the 300 shell-shocked growers, manufacturers and retailers had left the track-and-trace kick-off event, the Office of Marijuana Policy issued a clarification. Individual retail products will not require their own track-and-trace tag after all.

The cost of the tag wasn’t the problem. After all, each individual bar-coded label only costs a quarter. It was the sheer number of tags that would have been required to move a plant through its entire life cycle, especially for processed items, like vape cartridges or marijuana-infused baked goods.

Consider that it would have required 1,178 tags, at a total cost of $295, to convert a 10-pound cannabis plant into half-milliliter vape cartridges, based on typical yields. Turning that plant into single-serving 10-milligram chocolate truffles would’ve required 58,900 tags at a cost of $14,725.

“Those are based on averages, of course, but even if the yields vary a little here and there, that’s crazy,” said Darrell Gudroe of Boothbay Harbor, who sits on the board of the Medical Marijuana Caregivers of Maine. “The labor costs of putting (on) all those tags alone would kill a business.”

Under the clarified system, however, the producer would only need a single tag for the plant, a second tag that covered the harvest batch (that could cover a whole room full of plants if the grower harvested them all at once), and a third tag attached to the final package sold to the consumer.

Under this system, the financial impact of the tagging system could be limited if a grower can harvest a whole group of plants at once and if the consumer can buy products in bulk, growers and retailers said. But single-serving products, a favorite among new customers, would still be hard hit.

The Office of Marijuana Policy and BioTrackTHC, the Florida software company that landed the 6-year, $275,000 deal to track medical and adult-use cannabis grown, processed and sold in Maine, apologized for the confusion caused by the dissemination of incorrect information.

The session drew a huge crowd and covered topics ranging from creation of transportation manifests to cover when marijuana is moved from one place to another, such as from a grow to a testing lab, to how cannabis producers who already use tracking software can export their private data into the state system.

More training sessions will be held for medical marijuana industry members this month. Training for a grower, manufacturer or retailer who will be seeking a state recreational marijuana license once Maine launches its retail program in March will begin next month.

Medical marijuana growers, manufacturers and retailers can start using the program before the end of the year, and will be required to have all their plants and products entered into the system no later than 120 days after it goes live, said Office of Marijuana Policy Director Erik Gundersen

Created eight months ago, the Office of Marijuana Policy has moved quickly to implement the adult-use marijuana program that had lingered on the political back burner since voters approved it in 2016. That haste has led to several missteps when trying to hire professional consultants.

In its after-hours news release, the state did not explain how this happened, or whether the clarification of how the tagging system works corrected a verbal slip made at a live event during a spirited question-and-answer session, or represented a full-fledged change in state policy.

But that clarification left Jennifer Bergeron of Waterville, a wholesale medical marijuana grower, upset about a morning off work to drive to Augusta and spend “a good couple hours getting completely wrong information” from a state agency created to oversee marijuana in Maine and its expert consultant.

“People who are supposed to implement the program in two months just spent hours giving completely inaccurate information,” she said. “At this point, I’m not sure what the tagging requirements are, so it’s hard to say what they mean to me. I know less after that meeting than I knew before it started.”

She worries the additional regulation, with its extra costs and labor, will drive smaller caregivers out of business, which will end up hurting patients. Prices are already going up, she said. She believes this will not stop the black market, but actually drive people to it.

But Paul McCarrier, a medical marijuana store owner in Belfast and president of Legalize Maine, believes Monday’s events demonstrate how responsive the new agency is to industry concerns, such as the financial impact of new regulations and programs that are still in their infancy

“I’m pretty impressed,” said McCarrier, who sat through the kickoff session and a three-hour caregiver training class on Monday afternoon. “We brought up a legit point and they responded quickly … Shows me again they are taking what we say seriously. They want it to work. We want it to work.” 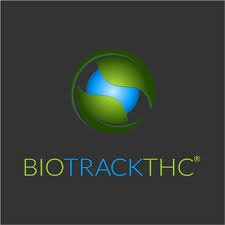