Marijuana is emerging as a booming industry in a city often associated with rural conservatism. City leaders say there has been keen interest in developing pot shops since January, when the Presque Isle City Council unanimously approved the production and sale of recreational marijuana. Reports Bangor Daily News

Though it’s still early in the game, the sizable interest by marijuana businesses in Presque Isle shows the appeal of the cannabis industry outside its urban base in cities like Lewiston, Portland and Bangor. And for Presque Isle — a city that has experienced issues with population decline, outmigration and business turnover — many city leaders say any industry that brings jobs to the Star City is worth welcoming.

Presque Isle Director of Economic and Community Development Galen Weibley said he has been fielding calls and meeting with people interested in starting cannabis shops since January — so far totaling about a half dozen.

“There’s definitely a surge in interest in medical marijuana,” Weibley said. “Throughout the downtown area, especially.”

Many interested businesses seem to want to lay down roots as medical marijuana shops before converting to a recreational shop later, Weibley said. 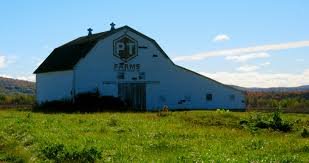