The best newsletter by an organization we’ve yet seen, concise , informative and current. Very useful information on what’s happening at a municipal level in the state as well

This newsletter contains information from last week and from the last few hours. Our goal is to provide constant and pertinent information about the marijuana industry in Maine without inundating you.

Following the public hearing on LD-88 on Tuesday, January 17, lawmakers announced they would form a 17-member joint select committee to consider marijuana-related bills, a process that would streamline the more than 50 marijuana-related proposals. Following two days of work sessions, the Committee on Veterans and Legal Affairs voted the bill out of committee unanimously, offering an “ought-to-pass, as amended” vote. The amendments include changes to the definition of marijuana, where individuals can consumer marijuana, and motor vehicle-related clarifications, among other changes.

Following a brief debate on the House floor, which included the failure of an amendment proposed by Representative Bradlee Farrin (R) of Norridgewock that would have included changes to jurisdictional rights to the Director of Bureau and Alcoholic Beverages and Lottery Operations (BABLO) (rather than Department of Agriculture), LD 88 passed the House with 146 yea votes. The bill was then sent to the Senate, where it passed 34-0 in favor of enactment.

Despite unanimous support in both chambers, Governor LePage had initially refused to sign the legislation until lawmakers allocate resources for setting up the commercial marijuana regulatory structure; he also said he wanted jurisdiction to be moved to BABLO. However, by late Friday the Governor signed the legislation, while stating that he would issue an executive order to fix his two objections to the bill. House Speaker Sara Gideon (D-Freeport) has introduced similar legislation.

Senate President Mike Thibodeau (R-Winterport) announced today the lawmakers who will be responsible for developing implementation of the state’s marijuana legalization laws. The members are as follows:

The committee will be responsible for considering marijuana-related bills, and will have the authority to introduce its own legislation.

Municipal matters: a sampling of towns and communities taking up the issue

Arundel: A special town meeting, set for January 30, will allow voters to consider a 180-day moratorium on retail establishments in town, as the town and state move forward on implementation of Question 1.

Blue Hill: Residents will vote, on April 7th, whether or not to prohibit recreational marijuana-related businesses

Pittston: A public town hearing is scheduled for February 1, with a special town meeting for voting purposes on February 8th, to consider a ban on marijuana-related businesses.

Richmond: Voters at a special town meeting voted at a 2-1 margin to place a temporary ban on marijuana retail shops and social clubs, at least until the state legislature has determined how to deal with commercial marijuana issues.

West Gardiner: The town held a special vote on Thursday, January 26 to decide whether to impose a temporary ban on commercial marijuana businesses. The town held a public hearing last week on the then-proposed moratorium. It is likely that voters will see a more permanent ordinance at West Gardiner’s town meeting in March.

Bangor Daily News: From spitting and smoking lawmakers to the ‘mess’ voters made of marijuana and ranked-choice voting, John Martin has seen it all 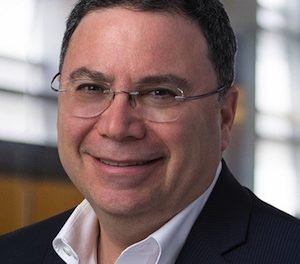 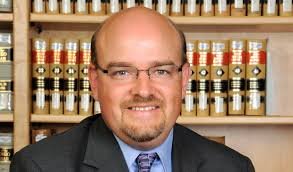