Malta Moots Full Legalisation (For Users Who Register With Government)

Libertarians, look away now. Malta is considering full legalisation of recreational cannabis, but only for users who agree to register with the government first.

In what would be a first for Europe, the ruling party has dangled the carrot of decriminalisation with a caveat that state registration is a necessity for anyone wishing to partake.

Parliamentary Secretary Julia Farrugia Portelli told local media there would be other rules in place.

“Government will be insisting on some principles, including a minimum legal age of 21, absolute prohibition in public places, as well as a user registration platform that protects users from criminal action and which controls dispensing,” she said.

The proposed register will not be public, and is for government eyes only.

“During the last months, we have been in constant discussion with all relevant stakeholders,” a government spokesperson said in a statement. “There is a wide consensus that we need to endorse a harm reduction approach to address the drug dependence. This automatically means that we must have some form of registration in order to have actual visibility of the situation. Obviously this is not cast in stone as we will be putting our proposals forward for public consultation.”

Malta is making a concerted attempt to a woo cannabis investors, and in November  2018 held the first dedicated Medical Cannabis World Forum 2018, attracting doctors, researchers and businesses from across the globe.

A week before the festival, one of the world’s largest medicinal cannabis firms, Columbia Care LLC, became the first US company to gain approval for a license by the Maltese government, allowing it import, export, cultivate, process and distribute medical cannabis.

Columbia will thus also have freedom to access markets across the European Union where federal medical cannabis programs exist, without having to undergo costly regulation in each jurisdiction, due to the EU’s passporting regime for member states.

“During the past months we have made leaps forward with the introduction of the medical cannabis. Now, it’s time to act on the non-medical part,” she said.

The government has conducted a series of consultations with stakeholders in the field, and the consensus is an educational campaign is necessary.

“Medical research and most stakeholders suggest that we have a safeguard for this matter and therefore we are recommending 21 years of age as the legal age to consume cannabis within the harm reduction mechanism,” she said. “We are also taking into account issues related to driving or the use of machinery. We must educate people on these matters.”

Support groups have criticised the concept of a register for recreational users, stating it will simply drive users into the black market.

“We understand and appreciate the fact that the government is concerned about introducing a new policy however a register with all the names of users will definitely push users away,” said ReLeaf, Malta’s largest pro-cannabis lobby group. “The government has been trying to reach out to users from the community, but everyone is still scared to even admit that they use medical cannabis, let alone admit for personal use.”

ReLeaf said the government is “risking all of this work for nothing”, and it felt nobody would willingly give details of their drug use to the government to monitor.

“Additionally, this is quite demoralising and dangerous, what would happen of this register if governments change for example?” the group said. “How can these people feel safe and trust such a policy when it could be used against them some day?”

The confusing state of cannabis laws across Europe, where recreational use is almost entirely outlawed and medicinal cannabis remains very hard to access, was outlined in a recent court case.

Two Spanish women, aged 27 and 31, were sentenced to a year in prison by Maltese authorities, suspended for two years, after being accused of growing, cultivating, importing and possessing marijuana.

The women, caught there with 19 grams and one plant, said they were confused by their arrest, as in their home country of Spain individuals can grow up to 20g of marijuana and have two plants at home. Unfortunately they were not in Spain, but Malta, where the legal possession limit is 3.5g. 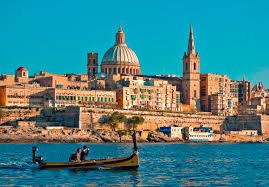