The Labour Party’s official stance will be that of legalisation, not decriminalisation of cannabis reports Malta Today..

The Labour Party will be advocating a pro-legalisation stance in its reaction to the government’s White Paper on cannabis use.

According to TheJournal, a new PL-owned media venture, the Labour Party will be calling for a legal framework to govern the purchasing and selling of cannabis plants and seeds from specialised venues.

It goes on to call for the supervision of a dedicated authority to regulate the market and oversee quality control, with clear packaging information on products sold in the local market warning about the effects of cannabis products.

PL Deputy Leader Daniel Micallef told TheJournal that the party’s position is based on the opinion that cannabis users are not criminals, and shouldn’t be treated as such.

The party will also be calling for designated areas where cannabis consumption will be allowed, to avoid loopholes that will see persons deemed criminals for consuming cannabis on private properties.

Among the measures set out by government in its White Paper is the expungement of criminal records, where crimes no longer considered as such under the law will be removed from one’s police conduct by means of simple procedure.

With regards to this, the Labour Party said that this procedure should be considered for other minor crimes, without prejudicing sentences that have been handed down by the Criminal Court.

The public consultation on cannabis use was launched on 30 March. In its White Paper, government is proposing that the possession of more than 7 grams but less than 28 grams for one’s exclusive personal use should be subject to proceedings before the Commissioner for Justice, as currently contemplated for the possession of less than 3.5 grams.

In effect, possession of less than 7 grams of cannabis will be decriminalised.

It is further being proposed that every residential habitation (household) can grow up to 4 plants, in a space which is not visible to the public, and which does not emit smells. 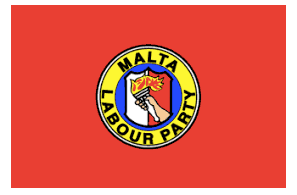