The Times of Malta reports…..Prime Minister Robert Abela on Sunday slammed the PN’s absence from a public consultation process on cannabis reform.

During a phone interview on ONE radio, Abela said 350 contributions were received during a six-week consultation on a whitepaper proposing the decriminalisation of cannabis.

He noted how the PN was absent from the debate, saying he could not understand how a major political party chose not to take part in the public consultation.

“The Opposition said it was going to consult and discuss, yet no submissions were made on such an important topic”, Abela said.

Abela said cannabis for personal use had been a reality for years, which others chose to sweep under the carpet.

This led to people having their police conduct ruined for being caught with a joint, he said.

Abela said the aims of the proposed legislation are to ensure that people caught with cannabis are not treated like criminals, eradicating the black market for the plant, and offering those who fell foul of the law in the past the opportunity to expunge their criminal record.

During the interview, Abela also made reference to how a Canadian firm had been granted a license to produce medical cannabis in Malta.

Throughout the phone interview, Abela made no mention of the fact that OPM minister Carmelo Abela is the subject of a criminal investigation into allegations linking him to the 2010 HSBC heist. 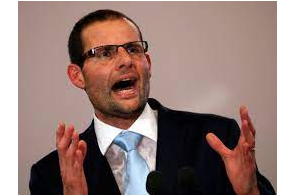