Man injects himself with ‘magic’ mushrooms fungi grows in his blood, putting him into organ failure

A 30-year-old unnamed man with bipolar disorder injected himself with “magic” mushrooms, which contain the psychedelic drug psilocybin, in a failed attempt at a trip.

A man wrongly experimented with the psychedelic drug “magic” mushrooms when he turned them into tea, which he injected into his veins, causing organ failure.

According to a case report out today in the Journal of the Academy of Consultation-Liaison Psychiatry, the 30-year-old man’s family brought him to a Nebraska emergency room after they noticed he seemed confused.

The man had bipolar disorder type 1, the doctors who wrote the case study learned, and he hadn’t been taking his medications so he’d been going through manic and depressive episodes. During recent episodes related to his bipolar disorder, he’d researched how he could decrease his opioid use at home, his family said.

That’s when he read about the potential for psilocybin, the psychedelic drug found in “magic” mushrooms, for treating symptoms of depression and anxiety.

Reaports more at the links 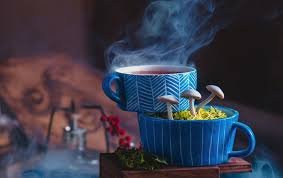