“MardiGrass Is On And Nimbin Is Ready To Roll” Says The Allen Ginsberg Of Nimbin, Michael Balderstone

OK Michael’s poetry might not be up there with the great American bard but his beard and love of pot + political engagement are certainly on a par .

They are tackling some serious issues that somebody need to raise and we are glad to see that the following is at the top of the agenda.

We concur with the fact that they want to raise the debate on the “Pharmaceuticalisation of Cannabis”.

The recent cancellation of Bluesfest sent a shiver up the spine of MardiGrass host Michael Balderstone as visions of the same fate awaiting the annual protest event at Nimbin came too close for comfort.

The President of the HEMP Embassy, Balderstone said that last year’s MardiGrass was cancelled, but with less than two weeks to go, they have a green light from the authorities. ‘We’re fired up now’.

Balderstone says the 2021 MardiGrass has a terrific line up of speakers and artists of all kinds. ‘A lot of comedy and a lot of politicians which should balance each other out. The two newly elected Legalise Cannabis politicians from WA are a highlight and being able to welcome back David Heilpern for the first time since he quit the bench is exciting.’

Heilpern will MC a Q & A on Roadside Drug Testing and from the opposite side of the ledger, legendary healer and medicine maker Tony Bower from Mullaways is allowed back again.

‘The comedy line up is massive with three venues trying to make you laugh through the weekend and the HEMP Olympix crew raring to go after missing a year. The Laugh Mob are coming from Sydney again and Mandy Nolan is a treasured special guest for the Saturday night Comedy as well as on stage in the Hemposium discussing her election strategy as the new Richmond Greens candidate.’

Balderstone says that HEMP farming is increasing in popularity. ‘You can learn how to get a licence and grow your own at a MardiGrass workshop and you can also make your own native bee house out of hemp fibre while you are here. You can mould some new age one hundred per cent plant weaponry at The Hemp Club. Extraordinary cutting edge technology!’

Balderstone says there are so many highlights, including Dr Pot, Kog, The Ganja Faeries Burlesque performance, Medical Cannabis for Pets Australia, Disco Sista, the Ubuntu Church, Pot Poetry and Joint Rolling championships, Stoned Chess, Cannabis University, PlantMed, psychedelics the ‘new medicine’, the Kombi Konvoy, the Suppositorium, the HEMP Fashion Show, the Harvest Ball, Correct Weight where you have to guess an ounce to win a Gold Medal. And that’s just off the top of my head! All culminating in the Rally and Parade for Cannabis Law Reform on Sunday at 2.30pm.

Tired of injustice and inequality

‘It feels like finally, we are getting tired of injustice and inequality,’ says Balderstone. ‘The Planet is crying out for change. Blind greed is destroying the place and we seem unable to withdraw from the monopoly game which life has become for so many. Nimbin however, is hanging onto the dream of harmony between the tribes and the Earth. Enlightenment is never far away in reality and truth is needed more than ever.

‘Fortunately, the new generations don’t have to unravel the nonsense we were taught by our parents like marijuana will make you crazy. Locoweed.

‘The war on cannabis keeps getting swept under the carpet with our leaders telling us medical cannabis is now legal. They don’t tell us it’s too expensive for anyone not on a decent wage.

A highlight of the talks will be the debate over the “Pharmaceuticalisation of Cannabis”. MardiGrass is all about standing up to their bullying, ideally in a joyous weekend of peaceful protest.’

A time to celebrate

Balderstone believes it’s a time to celebrate because the beginning of the end to the persecution is getting close. ‘The Hillsong Church cannot possibly hold so much power for much longer, surely?

‘The still-growing program is on nimbinmardigrass.com and we expect everyone who knows how appalling the war on weed is to make an effort and come to Nimbin for at least one day over the weekend.

‘Don’t let them get away with it!’ 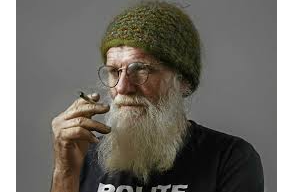