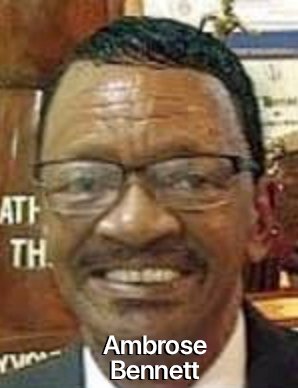 Ambrose M Bennett a retired teacher, former CNMI Board of Education Member, James Madison Fellow (U.S. Constitutional Scholar) and a Fulbright-Hays Foreign Scholar who resides in Kagman, is not impressed by the Marianas attempts to regulate cannabis.

Earlier this week we reported on the US protectorate regulating hemp …… https://cannabislaw.report/northern-mariana-islands-regulates-hemp/

By the look of it this seems to ave been the final straw for Mr Bennett who writes…..

PEOPLE continue to ask me about our Legalization efforts

and I can only tell them to call the Cannabis Commission.

This shut-down was a great time for the Cannabis Commission to really get the hard work done to bring a Laboratory and to get the CNMI’s Strains developed for the Dispensaries to have a supply to sell. But instead it looks like they have hit a brick-wall just like Guam and just like I predicted again.  I Told Them So that I could help but my help was refused and I think most readers know why so I can only do like the rest of us ordinary citizens “watching and wondering what the hell is NOT going on.” The Cannabis Commission has become a complete FOLLY (bucket of foolishness) even making a law (75.00 just to grow your own pot) that created criminals when one of the main purposes of Legalization was to diminish and even eliminate criminal activities associated with marijuana, duh!

While a lot of the problems the Cannabis Commission face are not their own doing but the AWFUL Republican leaders in the Legislature who think they know better than the teacher just because they are adults now.  I wrote a DRAFT Bill for the 19th Senate in which: First, I put in the need for TWO Bills (Legalizing followed by Funding and a Regulatory Structure Bill. Second, I put in the draft to Legalize Hemp with Marijuana in the same law as WE the People don’t need two different Regulatory Structures, it’s redundant and expands Government. Third, I included an “Enforcement Division” under the Cannabis Commission, not for it to end up back on DPS, as officers were really looking forward to being RELIEVED of Marijuana Policing. By not listening to me, it took the GOP another 2 years just to make Hemp Legal and they even put the industry under the WRONG “Regulatory Structure” expanding Government unnecessarily because the Cannabis Commission could have easily “regulated the two NEW industries” that are both related to “agriculture & land-use.”  But the GOP wanted the POWER to control the Hemp Industry in the hands of Cabinet Members under Political Control and not a Commission that is SUPPOSED to be non-political. But I will discuss this “Power” issue more in the next Epitaph 122 on the Casino Commission so I can keep it short for my readers.

But all of this goes back to what I said in the past, our Republicans want the Investors to do all the work which is why it takes them FOREVER to get anything done. It only took 15 years for them to get their casino and who knows how long it will be before we open Dispensary Doors. It took them two years just to make Hemp Legal when it was already legal in most of America but I believe a secret plan had to be devised just like they did with the Casino so the GOP would benefit most through investors in the Hemp Industry. They could care less about what was the RIGHT thing to do FOR the People.  Heck, I even noticed one respectful commenter (Turtles Lay Eggs) who seems to agree with the Republicans who lowered the Cannabis License Growing requirement from the 10 yrs. that was in my draft and the final Bill to 5 years for out-side investors saying: “How many locals have the ability (knowledge and funding) to start a viable and legitimate cannabis grow house? I’m not talking about growing some weed in a field, I’m talking about a secure facility (legitimate grow house) that is environmentally controlled (HVAC & LED lighting) and employs professional growers and harvesters. Not to mention the need for an analysis lab to determine THC levels and other factors (metals or inorganics) — or the product liability insurance to protect the producer against consumer lawsuits. I could go on, but as I have stated in numerous responses to you — PROVIDE DETAILS.

My response is: I gave details to the 19th Senate and in previous Epitaphs they didn’t read. But one of the main purposes for supporting and pushing for starting the Cannabis & Hemp Industries was “NOT to let investors do all the work and make ALL the money” while WE the People get crumbs and left-overs.  I fully explained to the 19th Senate HOW to make the Local People the primary entrepreneurs in these two industries by “Investing-in-the-People” through “CNMI Government Subsidies or Grants from the Department of the Interior & Fed Agriculture Department, MVA & CDA Guaranteed Government backed Loans along with using the Covenant Agreement to get the experts from the mainland out here to train locals.” The Government must teach and assist the native people in becoming the biggest stakeholders in OUR Economy, not foreign investors like the GOP have proven to care MORE about.

Furthermore, the Covenant actually gives us help and solutions to HELP-OURSELVES but we only want to ask for FREE Money when we (our leaders) need to do some REAL WORK the old fashion American-way.  I told the 19th & 20th  Senate and the Commission I knew HOW to get us a Lab & Strains and how the U.S. Department of Agriculture could have helped us to get our HEMP Industry up and running especially when the CNMI can put “Made in the U.S.” on all the HEMP manufactured goods that can be produced which are not labor-intensive but produced using technological automation systems. The GOP is trying to “RECREATE some kind-of a new Wheel” when we should be trying to use the same old WHEEL of “Made in the U.S.A.” we used for the Garment Industry that the GOP has FAILED picked up and use FOR the People’s Hemp Industry. The GOP keep thinking INVESTORS and $$$$ & jobs for the GOP when they should be thinking $$$$ FOR the PEOPLE! There is a national effort on both sides of the Political Isle in the U.S. Congress to bring manufacturing jobs BACK to the U.S. and the CNMI would be smart to make a concerted effort join the band-wagon to get real HELP for the Local People to become entrepreneurs in OUR Cannabis & Hemp Industries. To be continued:  One People One Direction. 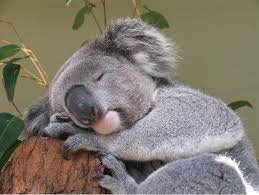 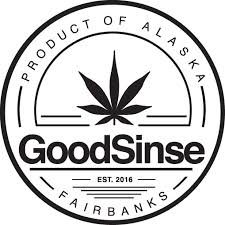