Marijuana, Hemp, CBD Oil: Which of These Is Legal and Where?

If you wish to re-publish this story please do so with following accreditation
AUTHOR: Bill Gordon
PUBLISHER:  CANNABIS LAW REPORT

Despite all the breakthrough in medicine and numerous scientific evidence that cannabis has vast potential in curing various disease, the US laws are still baffling and do not allow all cannabis-related products to be produced or consumed freely. Bearing in mind the recent discussions, approvals and prohibitions, it is no wonder one can get rather confused about what is legal and what can get you in jail. For this reason, let’s demystify the rules about marijuana, hemp, and CBD oil.

Let’s start with the good news first. In December 2018, president Trump has finally signed the agriculture bill which has made hemp production legal in all states. Hemp is actually the stem of the plant and has plenty of industrial purposes. Traditionally, its fibers have been used for making textiles, paper and other products. Still, the legalization of hemp on the federal level has one huge possibility, and that is the opportunity of extracting substances from hemp which could be used for medical purposes. Apparently, such substances are extremely low in THC and CBD, but we should not get ahead of ourselves. 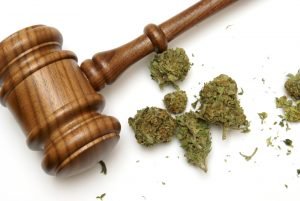 Hemp production is legal with the right permissions, but extracting substances from it such as THC and CBD differs from state to state – it’s definitely a grey area.

As for marijuana itself, you can fully enjoy it in these states: Alaska, California, Colorado, Maine, Massachusetts, Michigan, Nevada, Oregon, Vermont, Washington and Washington D.C. Once again, that does not mean you can grow as much marijuana as you want in your backyard, or even buy as much as you wish. There are lots of rules and regulations, so it’s definitely worth asking around at the local council.

When it comes to health, almost two thirds of the country support using marijuana or its products for medical purposes, but you should be wary of it, too. Marijuana has been known to battle lots of conditions and diseases, from “trivial” ones such as insomnia, to the ones with possible deadly outcome, such as cancer. Despite its excellent performance abilities, cannabis is still illegal on the federal level due to some powerful legalization opponents. Unfortunately, putting high revenues over people’s health is still a custom in today’s world, rather than a crime.

At the moment, you are allowed to obtain medical marijuana in 33 states. It normally takes you a prescription from a licensed physician to get your dose. However, it may happen that a state has legalized CBD oil only, but other cannabis forms are fully banned.

CBD is especially interesting this year, particularly due to the above mentioned hemp farm bill. Hemp legislation should encourage CBD production, too. Cannabidiol, aka CBD, is a substance praised for its beneficial impacts on health without the “high” feeling, i.e. without hazardous implications.

The following states have some type of CBD legalized: Alabama, Wyoming, Georgia, Virginia, Iowa, Kentucky, South Carolina, North Carolina, Indiana, Oklahoma, Tennessee, Texas, Utah, Wisconsin, Mississippi, and Missouri. Nevertheless, not all of them approve of CBD oil, nor can you get a CBD treatment unless it has been approved for your disease in particular. In that respect, Georgia and Iowa are quite open-minded, so to say. Therefore, one always has to enquire what exact form of CBD is legal, and if can be prescribed in that particular state for a specific condition.

By the way, if you’re considering using marijuana in any way, do not even think about Idaho, Nebraska or South Dakota. All marijuana is illegal in these states, which can lead to serious consequences, regardless of the majority of states recognizing its good use.

Hopefully, we will soon witness more states accepting cannabis as an excellent health aid. The hemp farm bill is quite encouraging, so the federal legalization day should not be too far. 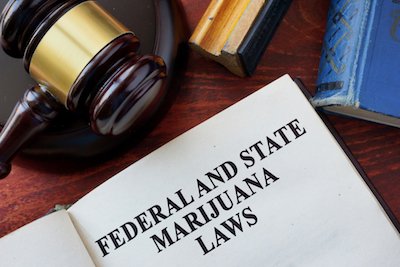