Marijuana May Soon Be Legal In South Dakota: An Overview of Amendment A and Measure 26 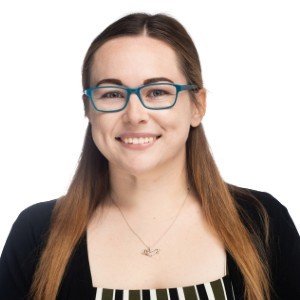 This article is authored by Haley Keefer, Law Clerk

Election day is upon us! In addition to the highly-anticipated general election on November 3, voters in Arizona, Montana, Mississippi, New Jersey, and South Dakota will cast their ballots to determine whether their states will implement medical or recreational marijuana programs.

South Dakota To Vote On Both Medical And Recreational Marijuana

The purpose of both Measure 26 and Amendment A is threefold: (i) to provide access to safe medical marijuana for those suffering from debilitating medical conditions, (ii) to relieve gridlock within South Dakota’s criminal legal system, and (iii) to balance the budget and increase funding.

Measure 26 was drafted with patients in mind. Currently, South Dakotans who seek medical relief from their debilitating medical conditions are forced to make the choice to either continue to suffer or to break the law for medical relief. Notably, this particularly impacts veterans, and if passed, Measure 26 would provide veterans with much-needed access to medical marijuana.

Further, South Dakota’s legal system is packed with petty marijuana offenses that law enforcement officials and the judicial system have focused on. Instead of focusing on petty marijuana offenses, SDBML deems marijuana legalization as an opportunity to relieve the legal gridlock to allow law enforcement and the judicial system to better allocate and direct their attention towards more serious crimes.

Importantly, the proposed legislation will invest all net revenue generated by marijuana sales back into the communities. 50% of annual net revenue will fund public schools, and the remaining 50% will be invested into South Dakota’s general fund. Current estimates for 2021 anticipate South Dakota’s marijuana program to generate $355,000 in net revenue. Estimates for subsequent years include $10.7 million in 2022 and $20 million in 2023.

Advocates for Amendment A and Measure 26 have faced opposition from the other side of the aisle, including fearmongering and spreading false information about marijuana legalization. Opposition continues to promote myths that marijuana legalization has led to increased crime rates and child safety. These claims are simply not true, and SDBML is combatting these falsehoods by correcting the opposition’s misinformation by publishing correct information with supporting studies.

We are eager to see if South Dakotan voters will vote in favor of Amendment A and Measure 26 to join the majority of states and implement medical and/or recreational marijuana and hope South Dakota will make history on election day.

Marijuana May Soon Be Legal In South Dakota: An Overview of Amendment A and Measure 26