Mark Twain’s Dinner Party: You’ve Been Invited To Twain’s For Dinner Who Else Will Be There ? What Are You Going To Talk About?

It appears that a

Mania Has Broken Out Among Our Bohemians.

Yesterday, Mark Twain and the “Mouse-Trap” man [Tremenheere Lanyon Johns] were seen walking up Clay street under the influence of the drug, followed by a “star,” who was evidently laboring under a misapprehension as to what was the matter with them. 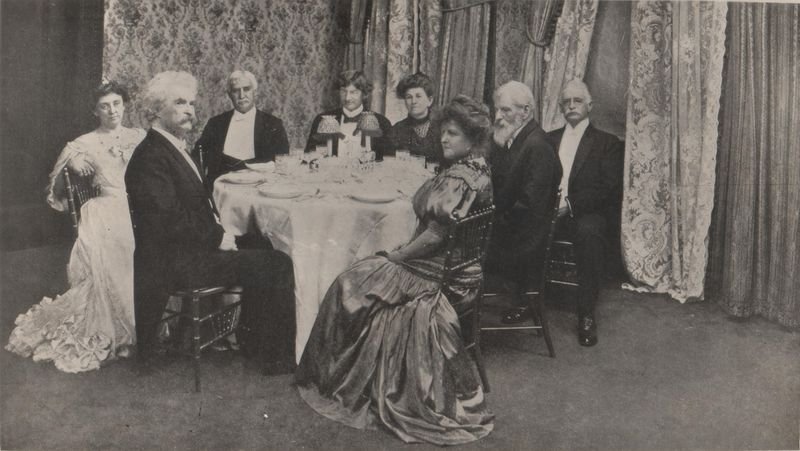 We would like you join us at the great writer, humorist & raconteur’s dinner table and bring some guests and topics to pass away the evening with Mr. Clemens.

To join in the fun simply fill in the form here