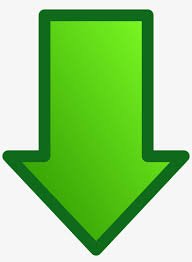 As reported by MarketWatch, a team led by Vivien Azer at Cowen cited the headwinds in the Canadian cannabis sector for the downgrade. In the client’s note, Azer stated that the shortage of cannabis stores and pricing pressure due to excess supply and thriving black market sales impact the sector. Azer doesn’t think that these issues will ease soon. She added that the next phase of legalization, which includes cannabis derivatives and edibles, probably won’t boost the sector. For 2020, Azer lowered her Canadian total addressable market estimates by 32% to 2.6 billion Canadian dollars. Before lowering the forecasts on Monday, she had already reduced her forecasts by 27% since January 2017.

Azer added that Cowen checked around 20 stores in-person. In those stores, Cowen’s team noticed a severe shortage of edibles and a significant increase in the presence of value-based brands. She added that the rise in value-brands suggests that illegal sales are still thriving. Notably, legal cannabis businesses struggle to compete with cheaper black market products.

As reported by MarketWatch, Cowen’s research note stated that cannabis companies expected strong demand for medical marijuana in international markets ahead of cannabis legalization in Canada. So, cannabis companies established facilities to meet the demand from 41 countries that have legalized medical marijuana. However, the research note added that the restrictive policies on cannabis prescriptions in international markets led to lower demand for medical cannabis products, which resulted in excess supply.