At the same special meeting of the Warren City Council Dec. 30, council also voted unanimously to hire attorney Robert Huth of the Kirk, Huth, Lange & Badalamenti law firm to act as appellate counsel representing the city. Huth would replace attorney Andrea Pike of Rosati, Schultz, Joppich & Amtsbuechler, who represented the city up until the appeal process.

District Five Councilman Eddie Kabacinski was not present at the meeting.

“Our insurance company has already told us they would frown upon a change,” said Vinson. “Under the policy, they have the right to make those decisions.”

In November, the council voted 5-2 not to accept a proposed settlement for the lawsuits that, according to Pike, would have waived all claims against the city by the plaintiffs. The 11 lawsuits filed by potential licensees as well as seven cross complaints, a civil lawsuit and two administrative appeals would have been dismissed with prejudice. The council’s vote to deny the consent agreement all but ensured the cases were headed to the appellate court.

Moore said she told them there was no support for Pike on city council and that Pike’s previous approval to represent the city in circuit court was contingent upon council receiving a letter of engagement which was never received. Moore said she believed Huth could work with both the city council and the administration and that he would have no difficulty “getting up to speed” on the lawsuits.

“The relationship between the two branches of government have been strained and I think Mr. Huth could work with both sides,” said Moore.

“This is an outstanding choice,” said District One Councilman Ron Papandrea. “Andrea Pike did her best and is a good attorney, but she thought her only obligation was to communicate with the mayor. There is still a chance we could settle this and I think Mr. Huth’s personal relationships with some of the people involved with this case might be a reason he might be able to settle this case.”

Councilwoman Angela Rogensues asked if Huth would be required to sign any type of conflict of interest statement due to his being on the Advisory Board of Directors for the Macomb Cannabis Alliance, which is part of the Southeast Michigan Chamber of Commerce.

Dennis Bostick and Tom Lauzon also sit on the board of the Macomb Cannabis Alliance and are affiliated with plaintiffs involved in the litigation against the city over the issuance of medical marijuana licenses. Lauzon is affiliated with LivWell LLC and Bostick with DKB2 LLC, according to the State of Michigan Licensing and Regulatory Affairs report on state marijuana licensing.

Moore indicated she would “strongly suggest” to Huth that he disengage himself from the Cannabis Alliance. Rogensues said she would like to see something in writing from Huth concerning possible conflicts of interest.

“I just think that anytime folks have ties it is important to investigate those ties whether or not they pose a conflict or interest or not,” said Rogensues. “We should be going above and beyond to make sure people representing the city have as much transparency as possible.” 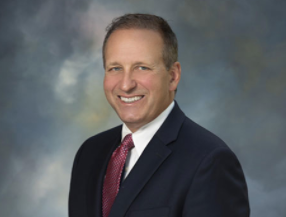