A new study that looked at hundreds of agreements between municipalities and marijuana businesses licensed to operate in those cities and towns found that cannabis companies have paid at least $2.46 million more than required under law, and that communities often have no plan for how to spend the money they collect.

The study, which was paid for by the Cannabis Business Association and conducted by Jeffrey Moyer of the McCormack Graduate School of Policy and Global Studies at the University of Massachusetts Boston, reviewed 460 host community agreements, which are required by law as a condition for licensure.

Though the payments to cities and towns are not supposed to exceed 3% of a marijuana business’s gross sales, researchers found they often do.

“A significant proportion of the agreements we analyzed required additional payments from business beyond the legal limit, amounting to an excess of at least $2.46 million whether through reimbursements, local charity donations, so-called ‘community benefit payments,” or donations of employee time to education efforts,” Moyer said.

The report was released the same day the Joint Committee on Cannabis Policy planned to hold a hearing on bills that would further regulate host community agreements, which have been a stubbornly thorny issue for regulators, businesses and advocates since the marijuana legalization law went into effect in 2017.

The House last February passed a bill that would have made clear that payments are not to exceed 3% and given the Cannabis Control Commission explicit authority to review and enforce the terms of host community agreements. The Senate never took up the bill.

Moyer, in his report, also found that municipalities collecting impact fees and other payments had few plans for how to spend the money, and the plans that did exist often did not align with the recommendations of the Cannabis Control Commission and were not subject to any oversight or enforcement.

The study recommends, among other things, that the Legislature authorize the Cannabis Control Commission to review host community agreements and establish rules and standards for how funds collected under these contracts can be used. 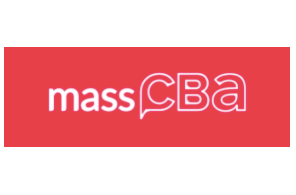