If this case has legs then many of the others he hopes to bring will too. Interesting times ahead.

In major and speedy victory, the request to proceed with a private criminal prosecution of the Meta CEO in Sweden has been granted within 36 hours of the filing. The timing of the Juicy Fields case could not be better as European courts turn to fraud prosecution more broadly

Here is the news you probably have already heard (particularly if you are on the German side of the discussion). The first day of the Wirecard hearings began today in Munich. The fraud is considered one of the worst in German history and its implosion just over two years sent shockwaves through both the financial and political establishment.

Here is the news you are probably reading here first. In Sweden yesterday, Lars Olofsson was granted the right to proceed with his criminal prosecution of Mark Zuckerberg in his first lawsuit of the Juicy Fields case (although he makes it clear that this is just the beginning). The fact that the decision was given so quickly (it normally takes about two weeks) is not lost on the Swedish lawyer. “This should be interpreted as a massive win,” Olofsson said. “Not to mention should send a message to the others we have in our legal path that we are proceeding ahead, full steam, with other cases in the meantime.”

Pre crypto explosion this fall, the Wirecard and Juicy Fields cases have a lot of similarities. This starts with the fact that they were both “German” companies. Juicy Fields, like Wirecard, was initially hailed as both a tech and cannabis wunderkind. The Juicy Fields suit, like the Wirecard case, is going to drag well-known names into a spotlight that apparently all involved thought they were immune to. And finally, and most interestingly, the Wirecard case was also initiated by a private criminal prosecution filing, although in the Wirecard case it was a short seller rather than a lawyer with several decades of both start-up and fraud litigation experience who kicked things off.

A Huge Shot in The Arm

“The team were pretty ecstatic when we learned the news,” Olofsson said on Thursday night, “although before I read the email, my heart was in my feet when the court came back so quickly.”

He is in regular contact with his clients through group chats. “It means we have just drawn first blood.”

For those who have lost tens of thousands of hard-earned savings, it is also the first mark on the board since learning their accounts were frozen back in July.

“There is a real team spirit to all of this,” said Olofsson. “My clients have worked hard to deliver information and move my understanding of the situation along. Beyond this, we are starting to get whistle-blowers who are filling in the gaps. We now have a full picture of the fraud, those behind it, and those who helped the company perpetuate the same.”

While judges are not supposed to be influenced by current events, it is clear that there is a marked shift in high profile prosecutions as Covid becomes a more distant memory. Given the timing of the Juicy Fields implosion, this is likely to become one of the better-known large fraud prosecutions of its time.

Beyond this, however, the entire matter stands to shake trees in both the banking industry if not the political establishment and create an impetus for drastic reform that clearly needs to happen quickly.

According to Olofsson’s research, only about 2% of all transactions were stopped by banking protocols and safeguards that are supposed to stop this kind of fraud at the banking end of the discussion. Beyond this, particularly given the dramatic collapse in crypto since this summer, not to mention the still evolving FTX affair, not to mention Wirecard, it is clear that the banking system is in need of a massive rethink. So is how agencies, like BaFin, which ignored multiple reports from the German cannabis industry concerned about the company for the past 18 months, oversee their mandate.

All of this, however, has yet to come.

In the meantime, the team is savouring their first, and well-deserved victory, and getting ready for the second round. 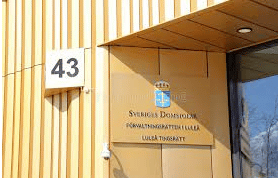