Medical Marijuana Money in Mississippi: Navigating the Tax Consequences of a Green Enterprise

Normally, a business can take a deduction for the costs incurred in carrying out a trade or business under § 26 U.S.C. 162(a). However, a business in the trade or business of trafficking a controlled substance – marijuana is a Schedule I substance under the federal Controlled Substances Act – is disallowed all deductions usually allowed for that business under 26 U.S.C. § 280E. These businesses may also not deduct for state and local taxes paid or for charitable contributions.

Medical marijuana businesses are allowed to offset gross income by the cost of goods sold (COGS). Because COGS is a part of computing gross income per Tres. Reg. § 1.61-3(a), COGS is not a deduction so a business selling marijuana can still offset income through COGS.

The COGS equation can be boiled down as the following:

This equation seems simple enough, but it has been the subject of several cases focused on the taxation of marijuana.

Often, a marijuana business receives an IRS determination that they have a deficiency attributable to income adjustments because the business is not allowed deductions under Section 280E. Then the IRS makes an initial determination of what COGS are allowable to the business, but, when the business tries to argue this COGS amount, the taxpayer is deemed to have a lack of adequate documentation.

Sometimes, if a taxpayer can prove, through documentation, that the taxpayer is involved in multiple trades or businesses — and not just a business focused on the sale of marijuana — then the separate business can take normal business deductions.

In calculating COGS, it is critical to document the beginning and ending inventory amounts. If these amounts are not documented, the IRS will make its best guess at these amounts, and the taxpayer will be facing an uphill battle in disproving these amounts. This can be a challenge if the marijuana business conducts a substantial percentage (if not all) of its business in cash. Appropriately documenting these amounts could result in a tax savings, as well as the avoidance of any accuracy-related penalties that the IRS may impose. (Patients Mut. Assistance Collective Corp. v. Comm’r of Internal Revenue; taxpayer able to overcome accuracy-related penalties assessed against it by maintaining good books and records).

Documentation of expenses can be difficult since banks do not want to be seen aiding and abetting federally illegal activity, but it is not impossible to keep good records. Doing so, however, requires planning to make sure that records are being preserved and kept contemporaneously.

Understand different lines of a trade or business.

Many businesses that deal in marijuana also sell items and transact in services that are not marijuana. Whether other activities are a separate trade or business is fact intensive. As stated in Alterman v. Comm’r of Internal Revenue:

In other words, if an item being sold helps encourage or compliments the sale of marijuana, it will likely not count as a separate trade of business. Additionally, if it can’t be shown that a substantial amount of revenue is derived from other goods or services, then only COGS will be allowed for the entire business.

This means that businesses offering free services to patients, such as yoga classes, will not be able to take the typical business deduction for non-280E type businesses. If, on the other hand, the yoga classes are offered at a direct cost or included in a membership fee that encompasses a number of non-marijuana focused services, then a typical business deduction could be allowable for the costs associated with providing those goods, in addition to the COGS allowed.

Another thing to be mindful of is how the business is advertised. If the goal is to show how there are multiple trades or businesses occurring, then marketing materials for these separate businesses should show this. If, for example, yoga classes are offered, marketing materials that do not make mention of the marijuana product would bolster the taxpayer’s case.

Additionally, the construction of a brick-and-mortar store or website can help substantiate the separate trade or businesses. If the brick-and-mortar store is constructed in a way that visibly divides the marijuana-focused products or services and non-marijuana-focused products or services, it could help document that the intention is to be a separate trade or business. A website could also be constructed in a way that demonstrates this as well.

Lastly, if the separate trade or business of a medical marijuana dispensary is focused on holistic health in any way, it is important to have either a board member or employees with that background to help validate this claim to the IRS.

Various states have legalized marijuana in various ways. State statutes can require certain fees to be paid in order to do business. These payments can be included in the COGS equation, but they must be substantiated.

In its current form, Mississippi’s Initiative 65 provides that medical marijuana “treatment centers” will be assessed a “reasonable fee” to operate.  Initiate 65 also provides for the creation of a special state treasury fund to house fees applied to the issuance of identification cards and the licensing of medical marijuana treatment centers. Initiative 65 also grants the Mississippi State Department of Health (MSDH) the authority to assess a sales tax on the final sale of medical marijuana that can equal Mississippi’s sales tax rate of 7%. This tax and the fees generated from issuance of identification cards and treatment center licenses will pay for the costs the MSDH incurs from implementing and enforcing the amendment, rules, and regulations. The MSDH will have authority to expend these funds without prior authorization or appropriation and will make expenditures from the special fund for costs or other services or programs associated with the new law. Further, the special fund balances will not become part of the state’s General Fund, and the MSDH will have authority to use special funds to escalate personnel positions in the MSDH as needed, as a non-state-service, to administer and enforce the new law. Also, the state treasurer shall provide, upon request by the MSDH, a line of credit from the Working Cash Stabilization Fund or any other available special source funds maintained in the state treasury in an amount up to $2.5 million for deposit to this special fund to provide sufficient working cash to implement the provisions of the new law. Available funds that the MSDH has received will be used to repay any such loan.  The MSDH is currently required to issue more guidance through rules and regulations by July 1, 2021, so additional information should be forthcoming on these issues.

Additionally, some states, such as California, may require that the business have a community-benefit aspect. This does not mean that the business cannot utilize non-marijuana-focused activities as a deduction for a separate trade or business, it just means that the division should be explicit.

MORE on the Future of Medical Marijuana

The future of medical marijuana is currently at a standstill until Congress changes either the regulation pertaining to Section 280E dealing with medical marijuana or new laws legalizing marijuana federally are passed, but there has been some movement on this front.

In 2019, the Marijuana Opportunity, Reinvestment, and Expungement Act (MORE Act) became the first marijuana legislation to pass the House Judiciary Committee. As drafted, the MORE Act would decriminalize marijuana at the federal level. That bill did not advance in the Senate. However, the bill’s sponsor has indicated his intent to reintroduce the bill this session.

Decriminalizing marijuana would allow for medical marijuana businesses to not be burdened by Section 280E.

Until such legislation becomes law, the above tips offer a good starting point on how to manage the taxation of marijuana. It is important to consult with legal and tax professionals when setting up a marijuana business to get a grasp on the records that you should be cognizant of in your state. Our attorneys can help you establish your business to minimize the burdens imposed by Section 280E, consistent with the law and best practices. 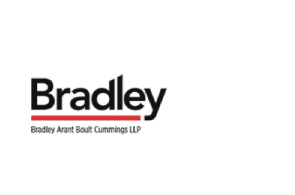