MedMen ….the contagion is palpable.

Will things get better? We think not.

The previous management team’s ambitions and subsequent failures tied the knot for the company a long time ago.

The rest of this particular version of War & Peace will be the story of investors trying to claw back “x” cents in the dollar.

Ok…. maybe Federal legislation in the next 6-12 months could save them, but only maybe.

Here’s the latest set of numbers

We made significant progress during the fourth quarter by focusing on retail profitability, optimizing our corporate infrastructure and strengthening our balance sheet ahead of an exciting new chapter for the Company.

Through the strength of our management team and Board of Directors, as well as the continued support of our capital partners, we are well-positioned to execute on our goal of being the leading cannabis retailer.

During the fourth quarter, the Company recorded non-cash impairment charges of $239.5 million primarily related to its cultivation and manufacturing facilities in California and Nevada and Florida footprint.

As of December 28, 2019, the Company no longer met the qualification as a foreign private issuer as a result of more than 50% of the Company’s outstanding voting shares being held by residents of the U.S. Effective June 27, 2020, the Company is now considered a U.S. domestic issuer under the rules of the U.S. Securities and Exchange Commission (“SEC”). As such, audited financial statements for fiscal 2020 were prepared in accordance with U.S. GAAP. In addition, the Company filed an initial Form 10-12G with the SEC on August 24, 2020, which included fiscal 2019 financials in accordance with U.S. GAAP. The Company filed a first amendment to the Form 10-12G on October 7, 2020 and this week, will file a second amendment, which included fiscal 2020 financials and MD&A. As of October 23, 2020, the Company’s registration as domestic issuer will become effective.

Additional information relating to the Company’s fourth quarter and full year 2020 results is available on the Investor Relations section of MedMen’s website at https://investors.medmen.com, the SEC’s website at www.sec.gov and Canada’s System for Electronic Document Analysis and Retrieval at www.sedar.com.

A live audio webcast of the call will be available on the Events and Presentations section of MedMen’s website at: https://investors.medmen.com/events-and-presentations/default.aspx and will be archived for replay.

MedMen is a cannabis retailer with flagship locations in California, Nevada, Illinois, Florida, and New York. MedMen offers a robust selection of high-quality products, including MedMen-owned brands [statemade], LuxLyte, and MedMen Red through its premium retail stores, proprietary delivery service, as well as curbside and in-store pick up. MedMen Buds, the Company’s loyalty program, provides exclusive access to promotions, product drops and content. MedMen believes that a world where cannabis is legal and regulated is safer, healthier and happier. Learn more about MedMen and The MedMen Foundation at www.medmen.com. 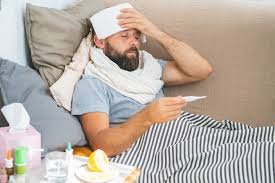