Senators Wyden and Merkley (OR) expressed “strong objections” to the DEA’s rule on hemp in a letter to the Acting DEA Administrator. (Photo credit: Oregonlive.com.)

US Senators Wyden and Merkley of Oregon expressed their “strong objections” to the DEA’s interim final rule (IFR) in an October 22, 2020 letter to the DEA’s acting administrator. They state:

“In effect, the IFR criminalizes the intermediate steps of hemp processing, which is wholly inconsistent with Congress’s clearly stated purpose and the text of the 2018 Farm Bill… In our view, the IFR rewrites the 2018 Farm Bill contrary to Congressional intent.” The senators also noted that the 2018 Farm Bill formally removed hemp, including its seeds and all “derivatives, extracts, cannabinoids,” whether growing or not, from the purview of the DEA. According to the Senators, this “place[s] the sole authority to promulgate federal regulations and guidelines that relate to the production of hemp, which includes its derivatives, extracts and cannabinoids, with the Secretary of Agriculture.“

“Our offices have received countless calls from constituents involved in the hemp industry who are extremely fearful that simply following the provisions of the Farm Bill will result in criminal liability under the IFR. The IFR will likely have the effect of inhibiting these nascent state hemp programs thereby harming those American companies and workers who chose to pursue careers in the hemp industry and made significant investments to effectuate those aspirations.“

Thanks to these lawmakers for their support of the hemp industry.

Here are the letters: 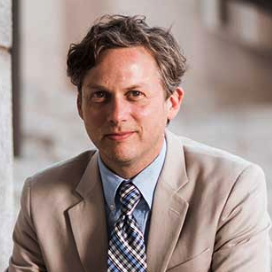 Rod Kight is an international hemp lawyer. He represents businesses throughout the hemp industry. Additionally, Rod speaks at cannabis conferences, drafts and presents cannabis legislation to foreign governments, is regularly quoted on cannabis matters in the media, and is the editor of the Kight on Cannabis legal blog, which discusses legal issues affecting the cannabis industry. You can contact him by clicking here.

A Letter to Industrial Hemp and CBD Businesses: Part 2

US Hemp Companies Face Labeling Issues In The EU