Here’s the latest from Marijuana Moment on the subject.

Several Mexican Senate committees on Friday tentatively approved a revised bill to legalize marijuana during a joint hearing, with a formal in-person vote scheduled next week. 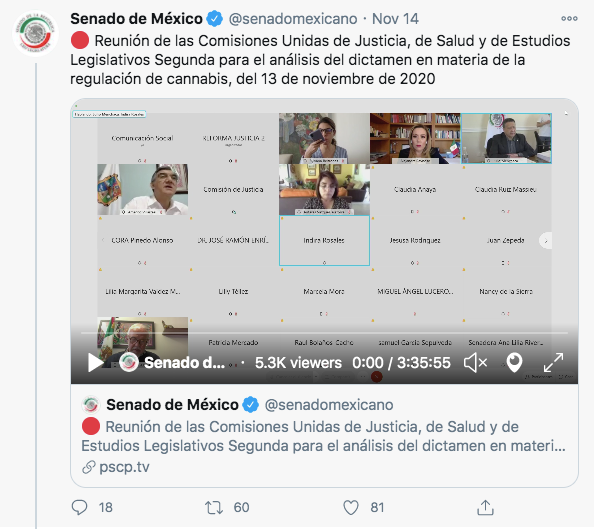 The legislation, which has circulated in draft form this month and further amended ahead of the meeting, would establish a regulated cannabis market in Mexico, allowing adults 18 and older to purchase and possess up to 28 grams of marijuana and cultivate up to four plants for personal use. 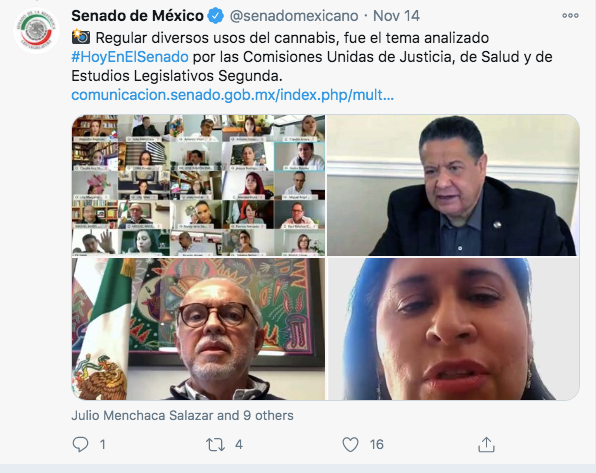 Members of the Senate’s United Commissions of Justice, Health, and Legislative Studies advanced the bill, months after passing an earlier version. The panels first voted to dispense with that previous bill during Friday’s session. 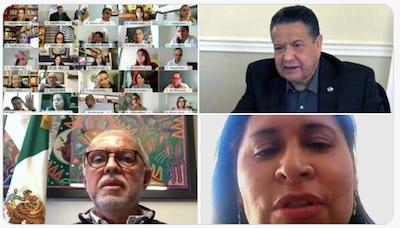