On November 19, 2020, the Mexican Senate approved the draft of the Federal Law for the Regulation of Cannabis (Ley Federal para la Regulación del Cannabis, or the “Bill”), marking a historic landmark in the legalization process subject to a Supreme Court deadline to legalize on or before December 15, 2020.

It is worth noting that such approval does not imply that legalization is now in force and legal effect. The legislative process requires that the Bill is now analyzed and reviewed by the country’s Lower House (Camara de Diputados), who may return it to the Senate with any minor changes or adjustments. Once approved by both Houses, the Bill will be analyzed and reviewed by the President for his sign off and publication in the Federal Official Gazette.

Some highlights of the Bill include:

It is important to note that medical, palliative, and therapeutic cannabis use will be regulated by the Medical Cannabis Use Rules deriving from the 2017 amendments that legalized such use. The draft is in the final review stage and is expected to be issued soon by the Secretary of Health. 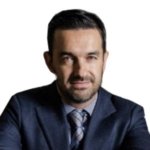