The Mexican Bishops Council said in a statement Sunday that Chamber of Deputies should modify the bill “to emphasize health and public safety.”

The church said that wit the approval of the bill, “public health and welfare are no longer the priority, and cede to the tastes of individuals, even though they may damage others. The demands for irresponsible liberty for a few, are placed above the common good and health.” 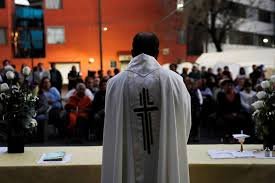