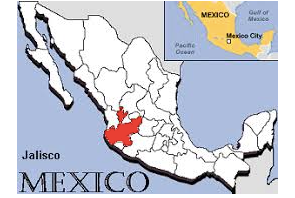 Deputy Edgar Enrique Velázquez González, presented the bill that contemplates the regulation of industrial hemp in the State of Jalisco, and opens the possibility of the use of cannabis in that sector.
A cutting-edge initiative, which places our state among the first nationwide to seek regulation on the subject.

The initiative presented in the company of the Legal Director and co-founding partner of Lawgic, Roberto Ibarra, the organization co-author of the bill, provides for regulating the cannabis plant, mainly hemp, due to its various uses in branches such as textiles, paper manufacturing , energy and fuel production, among others.

If this law is materialized, Velázquez González pointed out: “Jalisco would become a competitive and avant-garde state at the level of countries like Spain.”

For his part, Roberto Ibarra, explained that the regulation would imply a transcendental boost for the State’s economy, since it would generate countless companies dedicated to the production and sale of hemp, a material that, as it does not contain psychoactive components, is not opposed to no federal regulation, nor does it violate constitutional regulations.

On the other hand, the deputy Velázquez González, announced the presentation of a bill that proposes to modify the Civil Code and Civil Registry Law of the state of Jalisco, so that minor children of maternal families can be registered before the competent authorities, and in this way the legal loopholes that have not allowed minors this right in the past, by municipal authorities, are solved in this way.

Legislator Enrique Velázquez explained that the main objective is: “to protect the minor and his human right to identity, nationality and a family relationship”, because by not being registered, a violation of identity and free development of personality is caused, generating a state of defenselessness in the children of these couples.