The Daily Beast reports on what must be obvious to most, the Sinaloa cartel would look to protect market share in their cannabis business.

Cartel farmers tell the Daily Beast they are importing stronger—more lucrative—strains of marijuana to sell in the legal market and maximize profits through front operations.

Cartel operatives told The Daily Beast they hope to transit from the illegal market to the multi-million-dollar legal weed market as soon as Mexico passes reform to legalize marijuana for adult use. Proponents of the drug reforms had hoped legalizing sale of the narcotics would take the profits out of the hands of killers and criminals, but members of the Sinaloa cartel are already working on infiltrating the legal market.

The result could be even greater profits for the gangland bosses—to spend on weapons, buying off politicians and growing their criminal empire. For legitimate businesses preparing for legalization of marijuana, which is expected to pass later this year, there is now the alarming prospect of competing with the cartels.

One of the first changes as the Sinaloa cartel prepares to compete on the open market is the introduction of much more powerful marijuana. Mexican farmers working with the Sinaloa cartel in remote areas told the Daily Beast, they are already dropping the old techniques and adopting a sophisticated process that includes genetically modified crops and fertilization systems to produce more potent weed.

Some inside the Sinaloa cartel are exploring ways to set up legal shops under front men, according to cartel members. Inevitably some of the more powerful crop could also end up on the black market or smuggled into the U.S.

“We are trying to make a more potent weed, more kicking, to sell in Mexico and in the U.S., wherever they want it”
— Cartel operative

“We are now leaving the old Mexican marijuana aside. Our bosses brought new seeds from Germany for us to grow a better quality weed and ordered to start harvesting this new weed strain,” said a Sinaloa cartel farmer interviewed by The Daily Beast.

According to the farmer the plan for the Sinaloa cartel is to start “experimenting” with advanced techniques and top-notch seeds to be ready to “deliver paperwork” as soon as Mexico passes it’s new law and—using front operations—make out they have never been in the illegal market.

Mexico’s Senate passed a bill in late November legalizing recreational use of marijuana, but lawmakers in the lower house stalled it while trying to raise the amount of pot consumers may carry in public over the actual proposed limit of 28 grams. 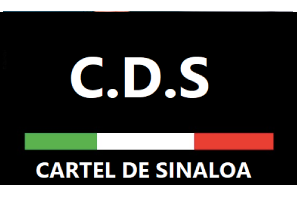