Michael Fagan, The Man Who Broke Into Buckingham Palace Had Taken Magic Mushrooms

A little fact we didn’t know

I remember the name. Didn’t he break into Buckingham Palace once? Actually twice, in the summer of 1982, but he only reached the Queen’s bedchamber on his second visit.

Why did he do it? He never seemed too sure himself, although in 2012, he ascribed his motivations to a large dose of magic mushrooms. “I forgot you’re only supposed to take a little handful,” he said. “Two years later I was still coming down.” 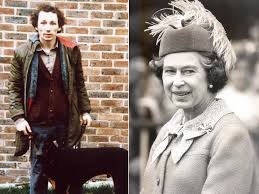