C3 Industries, a vertically integrated multistate cannabis company based in Ann Arbor, Michigan, closed a funding round that will help the company launch operations in Massachusetts and Missouri.

The firm announced it has raised $45 million in total capital with the closing of the funding round, which will also help with expansion plans in Oregon and Michigan.

In Massachusetts, C3 is building a 37,000-square-foot cultivation and manufacturing facility and plans to open a retail store in Berlin next year. The company has secured two other retail locations in Massachusetts.

In Missouri, C3 was awarded six licenses, including five retail locations and one manufacturing license. Construction on the full set of properties covered by the licenses will start by the end of the year, with operations slated to begin in the first half of 2021.

In Oregon, C3 has begun construction on an extraction and distillation lab. The company also recently acquired an existing Portland-area store and plans to reopen it in January 2021.

In Michigan, C3 plans to begin construction this winter on an additional 70,000-square-foot cultivation center adjacent to its Webberville facility. 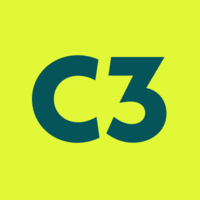