Revenge is sweet when served green!  There is never a dull moment in Flint.

Flint has agreed to sell its shuttered Flint Police Training Academy for $500,000 to a company that plans to convert it into a commercial cannabis  grow facility.

A divided Flint City Council approved the sale of 3420 St. John St. in a 5-4 vote Monday, May 25, despite protests that the property, which is zoned to allow a grow operation, wasn’t properly advertised for sale, a claim the city’s Department of Planning and Development denied. 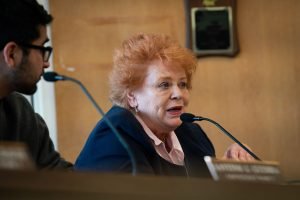 “absolutely fair and open bidding….half-million dollars can do a lot for our city’s general fund” 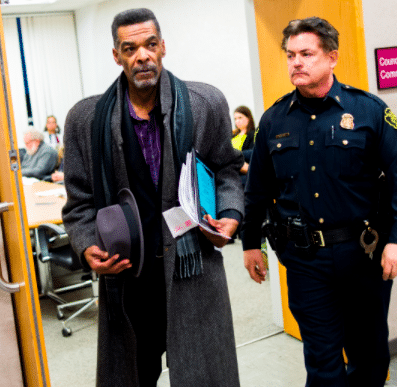 Mays… “I just ain’t cool with this process,”

After the vote, Mays asked city attorneys for a legal opinion about whether the sale to Evergrow LLC followed the proper procedures for the disposal of city-owned property.

“I just ain’t cool with this process,” he said, questioning why the sale wasn’t handled by the city’s Purchasing Department and why it wasn’t advertised more broadly than the city’s website.

Winfrey-Carter also questioned the sale, saying the city should have listed the property for sale more than seven days and on multiple platforms

“There has been some back-door deals made,” she alleged Monday.

Department of Planning and Development officials have said they were approached by Evergrow to buy the 4.4-acre parcel, listed the property for sale for seven days, and received two bids — $500,000 from Evergrow and $20,000 from another group represented by Flint attorney Brenda Williams.

While we are here….. we have to say after reading the following article, we have become a fan of Mr Mays…

FLINT, MI — Colorful and combative to the core, Flint City Councilman Eric Mays has a history of unorthodox behavior throughout his years in local politics.

The third-term city councilman has been escorted by police out of public meetings in handcuffs on multiple occasions. He’s pawned city laptops and verbally assaulted a reporter in City Council chambers. He has submitted multiple recall petitions against fellow council members and helped in recall campaigns against former mayors.

He even ran for mayor himself in 2015, when he was the only candidate who filed on time.

Recently, he repeatedly used the Nazi salute while calling the council chair Hitler. In fall of 2019, he was on the receiving end of a threat by a city attorney who said he would “crack him across the head.”

Outside of council chambers, Eric Mays was sentenced to jail in 2016 for impaired driving after he was found next to a disabled car, facing the wrong way on the expressway in 2013.

Most recently, he and the Flint’s deputy chief of staff were involved in a bar fight.

Mays is one of Flint’s most outspoken and best-known public officials.

In a call on Friday, Feb. 7 with MLive-The Flint Journal, Mays said the media only focuses on the negative and does not write about his accomplishments

He said he’s been wrongfully kicked out of meetings and generally treated unfairly.

“Yeah a lot of this stuff is true and a lot of it ain’t,” Mays said.

Out in the community, Mays said he is the council member people know will always pick up his phone. He said he places priority on his 1st Ward constituents but will come to aid any Flint residents.

On the call with The Journal, Mays highlighted some of his accomplishments over the years:

With that said, here’s a look back on some of Mays’ weirdest moments over the years:

Mays served 22 days in January 2016 days after a trial in which prosecutors claimed he crashed his vehicle in 2013 near Leith Street and Industrial Avenue in Flint before driving it nearly three miles and ending up facing the wrong way on Interstate 475.

He was arrested Nov. 30, 2013, on allegations of drunken driving and possession of marijuana. Police said the vehicle involved had been traveling north in the southbound lanes of I-475 on four flat tires.

He represented himself in two trials connected to the incident and had suggested he was the victim of “political, trumped-up charges” in the case. Mays was convicted of impaired driving in the first jury trial, a verdict that a judge later overturned. He was found guilty of impaired driving in a second trial.

When Mays first went to trial, in 2014, he pulled out his dentures and argued the dentures could have affected his breathalyzer test.

“If the teeth fit, you must acquit,” Mays said in a 2014 Flint Journal story.
Share On Linkedin
Share Via Email 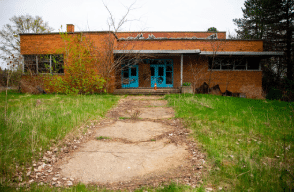