The explosion and fireball that incinerated a garage in a Commerce Township neighborhood on Saturday and sent a man to the University of Michigan Trauma Burn Center was no isolated incident.

It was the latest in a string of statewide explosions and fires, erupting when home marijuana processors used butane to refine cannabis into a concentrated form called called BHO — or butane hash oil.

The Commerce blast, in a neighborhood three miles north of Wixom, prompted Oakland County Sheriff Michael Bouchard this week to call for stiffening Michigan’s marijuana laws. Under state law, using the butane process in residential areas is illegal. Yet there is no penalty for doing so, Bouchard said.

The process is so lucrative that home processors flock to it, often with tragic results. No agency tracks each butane blast, but a review of recent reports turned up these examples: 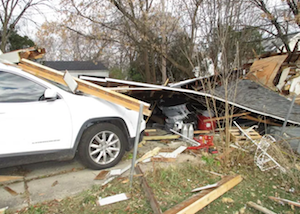